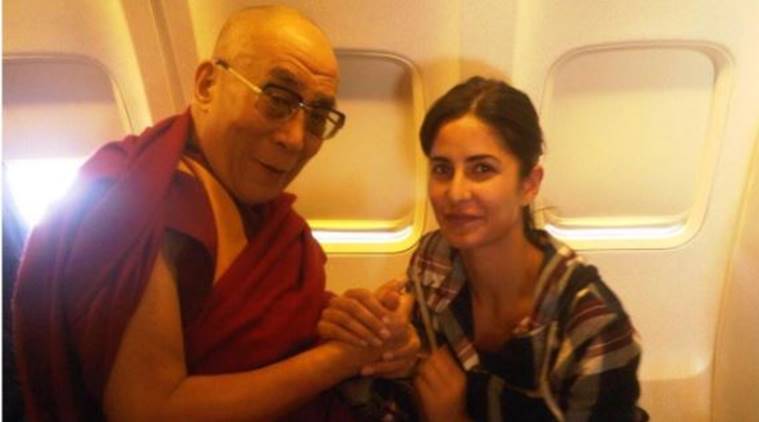 Actress Katrina Kaif on Thursday expressed love and respect to the Dalai Lama on the occasion of his 82nd birthday.

In the caption, she shared a quote by him and wrote: "Man. Because he sacrifices his health in order to make money. Then he sacrifices money to recuperate his health. And then he is so anxious about the future that he does not enjoy the present; the result being that he does not live in the present or the future; he lives as if he is never going to die, and then dies having never really lived.

"Words that will always ring true only love and immense respect for his holiness on his birthday," he added.

The Dalai Lama, revered by the Tibetans as a "living god", celebrated his birthday in Leh.

Born on July 6, 1935, at Taktser hamlet in northeastern Tibet, the Dalai Lama was recognised at the age of two as the reincarnation of the 13th Dalai Lama, Thubten Gyatso.

The Dalai Lama was awarded the Nobel Peace Prize in 1989 for his non-violent campaign for democracy and freedom in his homeland. Since fleeing to India, he has spent his time in exile pushing for autonomy for Tibet.

Katrina Kaif has a Special Wish for rumored beau Vicky Kaushal on his ...

I am the voice for Victims of Domestic Abuse: Katrina Kaif on battling ...