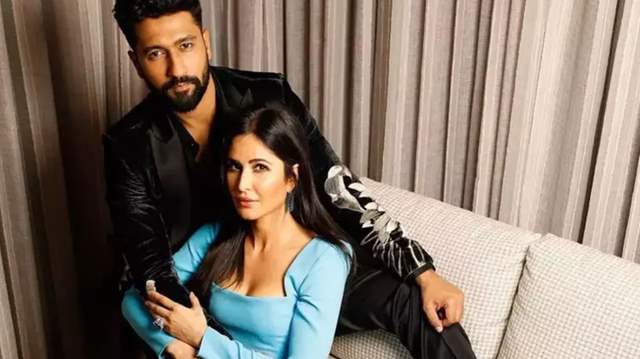 Katrina Kaif and Vicky Kaushal, who recently returned to Mumbai from a vacation in the Maldives, are back in the spotlight. The actors allegedly received death threats via social media, prompting the Mumbai Police to intervene.

As per ANI, "Maharashtra | Police register a case against an unidentified man and initiate an investigation for allegedly giving life threats to actors Katrina Kaif and Vicky Kaushal through social media. Case registered at Santacruz Police Station: Mumbai Police."

Another tweet by ANI gave out details of Vicky's complaint. As per ANI, "Case registered at Santacruz PS on complaint of Vicky Kaushal u/s 506(2),354(D) IPC r/w sec 67 IT Act. He complained that one person has been threatening & posting threat messages on Instagram. He stated that the accused has also been stalking his wife & threatening her: Mumbai Police."

Katrina and Vicky returned to Mumbai last week after marking the Jab Tak Hai Jaan actress' birthday with friends and family in the Maldives. Pictures from Katrina and Vicky's Maldives vacation had caused a stir on the social media. Fans were swooning over their adorable and goofy pictures.

Talking about their work lives, Katrina will next appear in the film Phone Bhoot, which will hit the big screens on 7th october. She also has Merry Christmas, and Tiger 3 in the pipeline. Vicky, on the other hand, will appear in a romantic-comedy alongside Sara Ali Khan, Govinda Naam Mera, and Sam Bahadur.

+ 8
2 months ago geez that is scary. is there a motive or is the perp just cray over her?