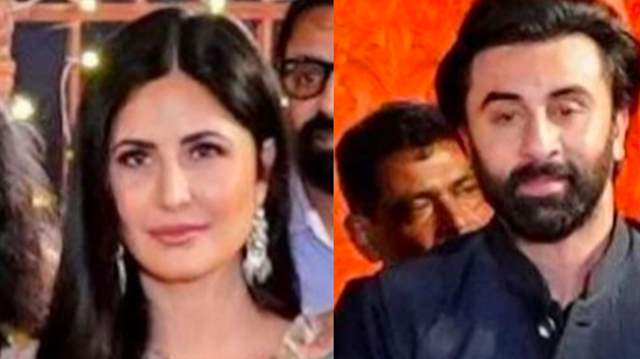 For the unversed, the Kalyanaraman family are the owners of the famous Kalyan Jewellers brand. Apart from Katrina and Ranbir, many celebrities like Nagarjuna, R Madhavan, Prithviraj, Tovino Thomas, Nivin Pauly, Jayasurya, Madhavan, Parvathy, Silambarasan, Vikram Prabhu, Sneha, Prasanna and many others.

The internet is flooded with images of Katrina Kaif and Ranbir Kapoor from the illustrious event. The pair can be seen posing beside the hosts along with Nagarjuna.

Well the soon to be daddy , dressed traditionally for the event by donning a similar black kurta combo and matching Nehru jacket. On the other hand, Katrina looked gorgeous in a peach and gold gharara outfit. She chose to wear light makeup and finished off her appearance with bold earrings.

For the unversed Kat and Ranbir last worked together in the 2017 film Jagga Jasoos.

Talking about their workfront,  Katrina, will be seen in Phone Bhoot along with Siddhant Chaturvedi and Ishaan Khatter in key roles. She also has Merry Christmas, Tiger 3 and Jee Le Zaraa. 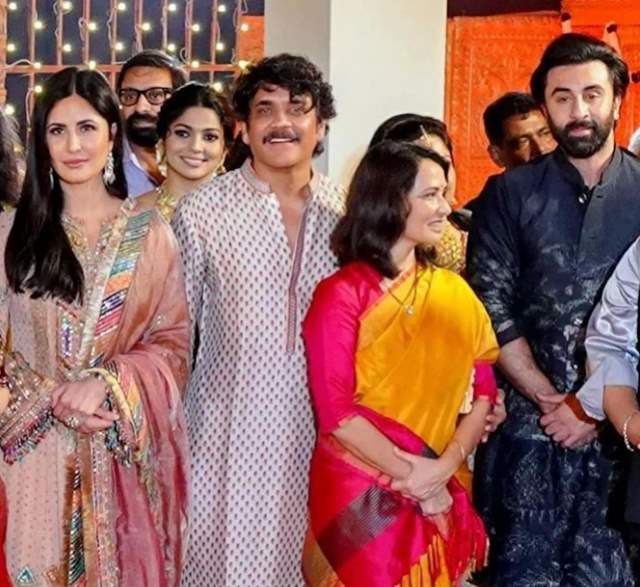 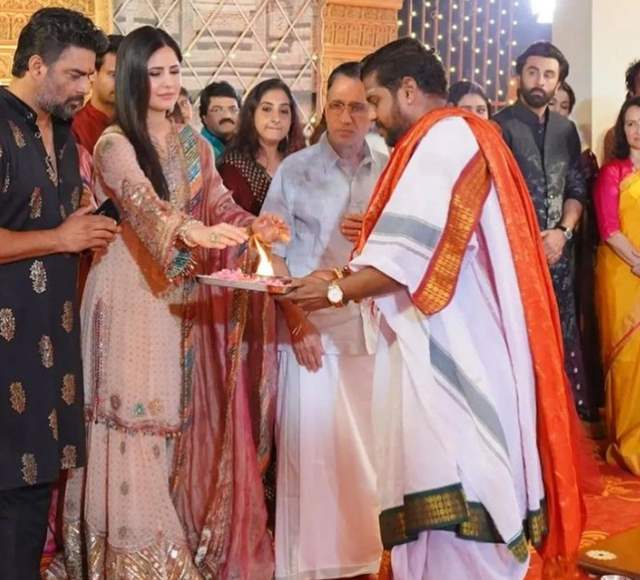 While on the other hand, Ranbir is currently basking in the success of his recently released film Brahmastra, which became the highest-grossing Hindi film of the year. Next, Ranbir will star in Sandeep Reddy Vanga's Animal co-starring Rashmika Mandanna, Bobby Deol, and Anil Kapoor, among others.