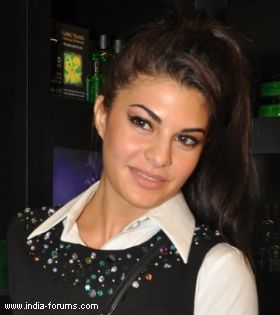 Actress Jacqueline Fernandes, who is busy promoting her much-awaited film "Kick" has praised her co-star Salman Khan's former ladylove Katrina Kaif for working hard to be where she's today.

"We can't do anything without hardwork. I feel even if you are doing good work, you still have to work harder...I am sure Katrina is someone who has worked exremely hard and that's the reason she is one of the leading actresses today," Jacqueline said here.

"For five years I have been here (in Hindi filmdom) and I have only been working hard," said the Sri Lankan beauty.

The actress is open to do special dance numbers in films.

"If I was asked to do special appearance, I don't mind. Our (Bollywood) movies are considerd to be part of song and dance culture, so if I get an opportunity to perform on a song in a movie, I think it's nice. I love dancing and music," she said.