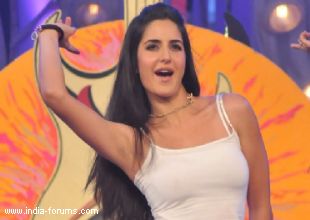 'Katrina Kaif is doing a full on item song in AGNEEPATH...its a total swinging number called CHIKNI CHAMELI...we shoot it in a week,' Karan posted on his Twitter page Tuesday.

The British-born actress danced to 'Sheila ki jawaani' in Farah Khan's 'Tees Maar Khan'. But she was also the lead actress of the film. In 'Agneepath', Katrina will just be seen in the song 'Chikni chameli'.

The new 'Agneepath(2012)' is being directed by debutant Karan Malhotra. Releasing Jan 26 next year, it will see Sanjay Dutt in the villain's role.