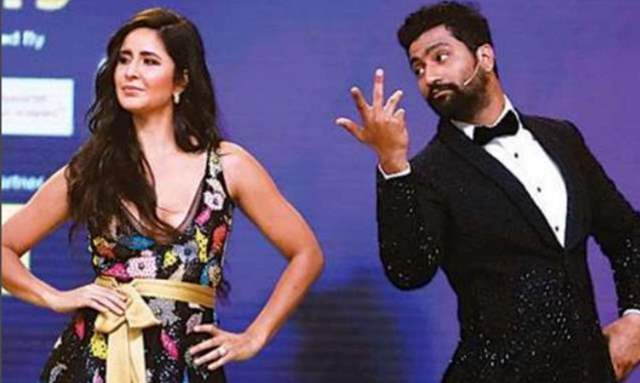 Katrina Kaif and Vicky Kaushal’s rumoured love story has been making headlines for a long time now. It had all started with Karan Johar’s talk show, where Kat said that she would love to work with Vicky and they would look good together.

Post his break up with actress Harleen Sethi, Vicky has been linked up with quite a few divas of Bollywood namely Katrina Kaif, Bhumi Pednekar, and Huma Qureshi. Recently the grapevines were abuzz with the reports of the handsome hunk dating our beloved Chikni Chameli, Katrina Kaif.

While nothing concrete has surfaced about their relationship, their recent acts have only added fire to the already high speculation of the two actors dating. They were spotted attending a Diwali party together which had set the rumour mills abuzz. And next, a viral picture from their dinner date had grabbed all eyeballs.

Meanwhile, on the work front, Katrina will be seen reuniting on-screen with Akshay Kumar in Rohit Shetty’s Sooryavanshi, whereas Vicky Kaushal will be seen in Shoojit Sircar’s film, Sardar Udham Singh. Both films are slated to release in 2020.

Katrina Kaif has a Special Wish for rumored beau Vicky Kaushal on his ...

exclusive
Exclusive Daya Shanker Pandey on What Excites Him Even After Two ...
36 minutes ago