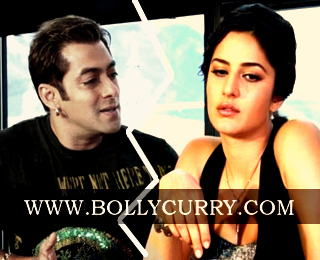 The news is finally out. Katrina Kaif has willingly admitted that she is no longer seeing Salman Khan. The remarkable actress has always been oh-so-secretive about her and Salman's relationship. However after reading and hearing about various intimate stories, Kaif just refused to allow sleeping dogs lie and decided it was time to set a few things straight.
Moreover, the lovely lass was adamant in not wanting upset Ranbir Kapoor, whom she is allegedly seeing now, and his family, as they have gracefully accepted her. Kat has confirmed that although she is no longer romantically involved with Sallu, they will still remain friends.
Wonder what prompted the sudden confession now?
0 Likes

Arjun Bijlani on music video with Reem Shaikh: I feel Ishq ...
a minute ago

Malaika Arora shares her biggest challenges upon Testing ...
34 minutes ago