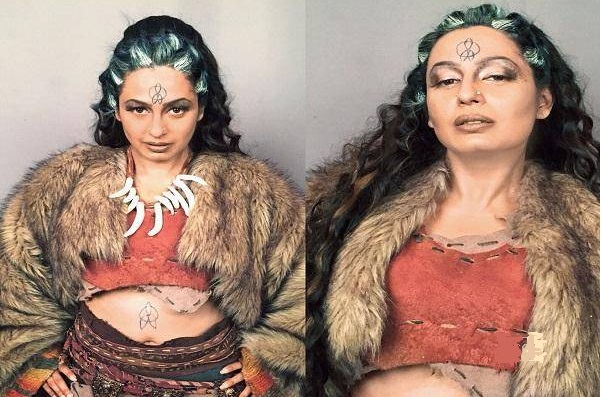 Actress Kashmira Shah, who is currently essaying Rakshasi Tadaka in "Siya Ke Ram", is happy with her negative avatar on the mythological TV show. She says she always wanted to play such type of roles.

"I've only done films and reality shows so far. 'Siya Ke Ram' being my very first fiction TV show, I've always wanted to do a role that challenges me as an actor. Tadaka is exactly what I wanted to do," Kashmira, who has appeared in films like "Wake Up Sid", "Holiday" and "Murder", said in a statement.

"She is a shape shifter, who can change into anything at any point of time. I always wanted to do something similar to the way batwoman (Tadaka) is," she added.

Kashmira says her role is "fun and challenging to execute".

"The way she flies in the air, fighting the villains, it looks so much fun and challenging to execute. With Tadaka, I am only reliving the fantasy I had and it feels fabulous," she added.

Tadaka was a Yaksha princess-turned-demoness in the Hindu epic Ramayana.

"Siya Ke Ram", which airs on Star Plus, also features Ashish Sharma, Madirakshi Mundle and Dalip Tahil among others.

The show is a unique depiction of the epic Ramayana from Sita's perspective. 5 years ago Ashish Sharma, i'm looking forward to see battle between you and Tadaka

+ 2
5 years ago Love you Anita Hassanandani