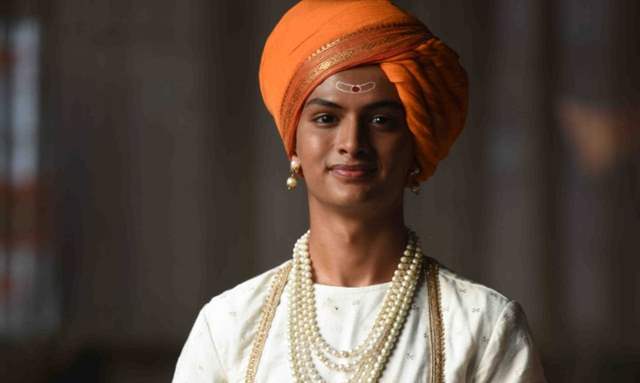 After an overwhelming response to the journeys of Jodha Akbar and Jhansi ki Rani, Zee TV recently introduced viewers to its biggest historical magnum opus as it presented the untold story of one of the most iconic women of the Maratha empire - Kashibai Bajirao Ballal. Since its launch, the show has gone on to win the audience's hearts and while each artist is giving their level best, our Bajirao a.k.a Venkatesh is learning and doing countless stunts to perfectly portray his character.

In fact, Venkatesh loves the adrenaline rush that he experiences while performing the intense action sequences for Kashibai Bajirao Ballal. Having explored several different aspects as an actor for various challenging sequences of the show, Venkatesh recently impressed everyone as he flawlessly jumped from a height during a fight sequence. But it was not an easy one! The actor has had a fear of height for a long time but when he was told about the sequence, he was more worried about performing it well than his gear and support, most importantly his fear. Once again, Venkatesh has proved that being an actor is not a cakewalk.

As Venkatesh reveals, "For a fight sequence, I recently jumped from a height. It was at such a height, that I could see the whole ND studios and even the roads outside of it. Though I am scared of heights, I wanted to give my best and hence, I overcame my fear and just jumped. I have started performing more and more stunts, and I feel that I have started to improve my technique over time and the amount of takes to do a particular action sequence have also reduced.  I like doing such sequences and generally I do them by myself. I am really happy that my whole team including my director and action choreographer have helped me improve my skills. Playing a warrior is not easy, especially when the role is of a mythological character, but I believe that one should move out of their comfort zone and push themselves to do more. I hope the audience likes the upcoming action sequence and keep showering their love on us."

Well, Venkatesh is surely having a gala time performing all kinds of stunts while letting go of one fear after another.  However, on the other hand, Kashibai (Aarohi Patel) and Bajirao are slowly becoming friends on the show. But what will happen when Bajirao gets to know Radha Bai’s (Aishwarya Narkar) real intentions?