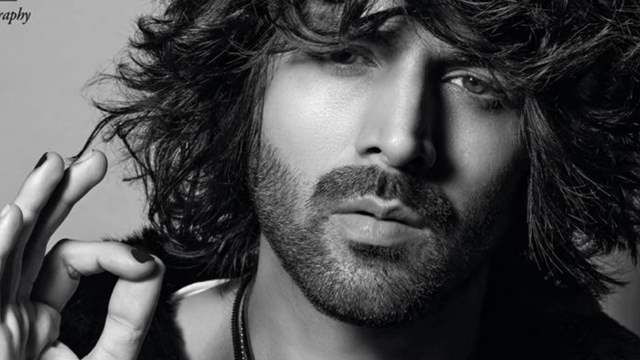 Before unveiling the third consecutive shot for Dabboo Ratnani's Calendar, Kartik Aaryan featured in an Instagram live with the ace photographer revealing details behind his 'Number One' shot.

With inboxes of Dabboo, Manisha as well as the kids inundated with requests and demands to unveil Kartik Aaryan's picture, the frenzy amongst his fans and followers was proven yet again in the live session.

Kartik has earlier featured twice on the calendar presenting diverse and unique looks. While his debut shot featured him on a bed with two cats, his second experience witnessed his three different looks including one from his film.

This year, Kartik Aaryan raises the bar further with a messy hair look featuring his long tresses along with a wild avatar. The actor’s shot is truly Number One because the otherwise happy-and-sweet boy image that he has, this one shows him in a different light and proves that if he wants he can be a bad boy too! Well, that’s what great artistes do, like a chameleon just transform into said avatars and Kartik was truly born for the cameras.

Opening up about his bond with Dabboo Ratnani, Kartik took a look back at his clicks with the photographer and also revealed that featuring on Dabboo Ratnani's calendar has been on his bucket list and he is grateful to be able to tick it off thrice in a row.

Daboo Ratnani along with his wife Manisha and kids not only expressed their excitement for Kartik’s picture but also disclosed that this shot has been one of the most anticipated ones from the lot this year.