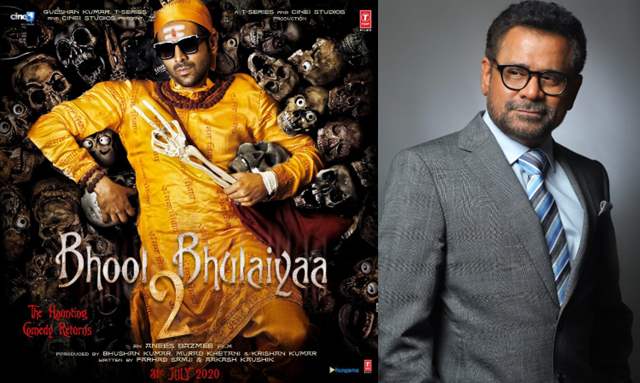 Now that the Government of Maharashtra has finally approved the guidelines submitted by FWICE (Federation of Western India and Cine Employees), filmmakers can happily go back to shooting. However, they would also need to maintain social distancing norms.

While some films have already begun scheduling their shoots, makers of Bhool Bhulaiyaa 2 have announced that they are planning to begin the shoot by September. The film stars Katrik Aaryan and Kiara Advani in lead roles and the team was shooting at Lucknow when the government announced complete lockdown in March in wake of the coronavirus pandemic. Now, a recent report suggests that approximately 35 days of shoot remains for the film.

During a recent interaction with Mid Day,  director Anees Bazmee said, “We have to go to Lucknow to finish the film. We had built a huge set and it has been standing untouched all these months. It is imperative to shoot the remaining portions there to maintain continuity. The safety of our cast and crew is of utmost importance to us. Only when we receive the permission from the [Uttar Pradesh] government, will we resume work on the film. Hopefully, we will revisit Bhool Bhulaiyaa 2 by September.”

The sequel will also star Tabu and the film was all set to release on July 31. As of now, no release date has been announced considering the on-going situation it might even extend till 2021.