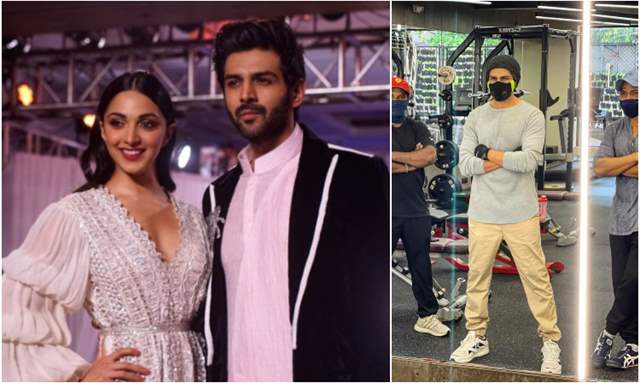 Kartik Aaryan and Kiara Advani have finally resumed filming Bhool Bhulaiyaa 2 and the Luka Chuppi actor knows how to keep his fans hooked on his social media. Kartik in his recent post hinted at a new project and the actor did not divulge a single detail. But, what caught the fans attention was his fun banter with Kiara.

Kartik shared a picture of himself at the gym posing in front of a mirror with two other men, as he wrote, “Training for something big #NextFilm #SuperPumped” Soon, his Bhool Bhulaiya 2 co-star Kiara replied in the comments, as she wrote, "Yes take your time we are all waiting for you on set. Thanks to u I’m getting to take a nap also!"

Responding to Kiara, he wrote, "Your manager requested me to come late because you wanted to take a nap." 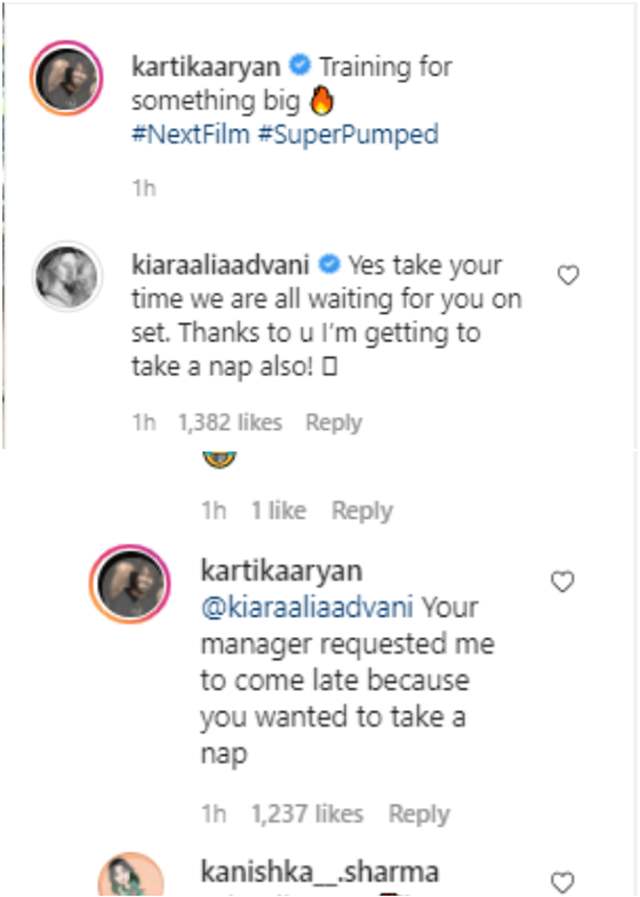 Several reports surfaced last year that Kartik will star in the remake of the superhit Telugu film Ala Vaikunthapurramuloo, which featured Allu Arjun. Now, considering the recent post it seems, the actor is gearing up for his next.

On the other hand, Karitk also has Ram Madhvani's action thriller Dhamaka in the pipeline and he will also act opposite Janhvi Kapoor in Collin D'Cunha directed Dostana 2.