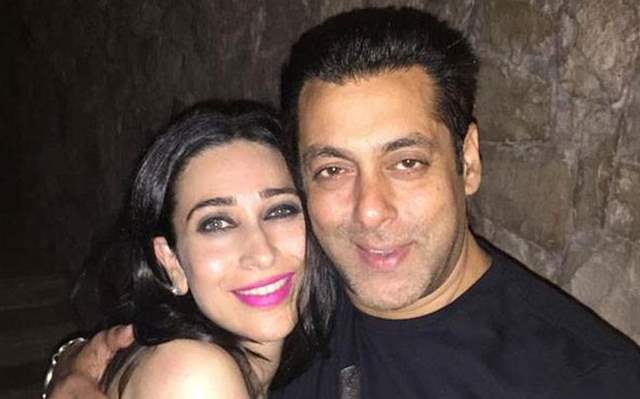 Karisma Kapoor recently turned to social media to share some behind-the-scenes photos from the bash when she met Salman Khan. They were the superhit Jodi in the 1990s and have been in a number of blockbuster films.

During the Eid feast, the Hum Saath Saath Hai actress shared several photos with Khan as the two spent some good moments. As they reconnected in the first photo, Kapoor and Khan hugged one other. The two busted out laughing in the second image. While sharing the photos, the Biwi No 1 actress wrote,

As soon as she posted the pictures, fans rush to drop sweet comments in the comment section.

In terms of Salman Khan's professional life, he will next be seen opposite Katrina Kaif and Emraan Hashmi in the third chapter of the Tiger series. In the film, Salman and Katrina will reprise their roles as Tiger and Zoya, respectively, while Emraan will play the main adversary. Salman Khan, on the other hand, will act with Shehnaaz Gill and Aayush Sharma in Sajid Nadiadwala's forthcoming production Kabhi Eid Kabhi Diwali.

Meanwhile, Karisma will be next seen in Abhinay Deo’s ‘Brown’. The project also stars legendary actress Helen in a key role.