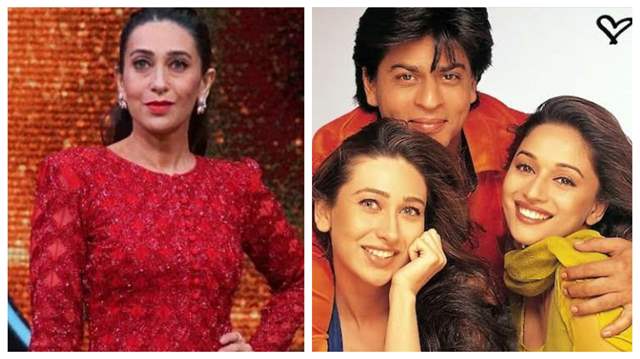 An actor like Karisma Kapoor definitely needs no introduction. While she has entirely absent at the movies for several years now, she has still managed to churn out a legacy that will always remembered. Recently, the actor made an appearance on Indian Idol 12 and as it has been the case with guests coming on the show, she shared some interesting anecdotes one of which was truly a revelation.

Kapoor was an integral part of the musical blockbuster film Dil Toh Pagal Hai where she co-starred Shah Rukh Khan and Madhuri Dixit. But there was almost a point during that time when she said no to the film because of Madhuri Dixit.

Sharing that apart from being a dance film, she was also to be pitted opposite Madhuri Dixit, she said, “Many actors had rejected the part saying how can one dance alongside Madhuri Dixit ji! Initially, I too was refraining to accept the role and said this isn’t happening. Then finally, Yash ji and Adi (Yash Chopra and Aditya Chopra) narrated the story to me. My mother also told me that I must take up the challenge. She also said that since you are a big fan of Madhuri Dixit, you must do it. You work hard and you will shine.”

Calling it a ‘special film’, the actor added, “I must say that Shah Rukh Khan and Madhuri ji were so supportive in delivering great performances and making it happen.”

Well, it won't be unsafe to say that there would not have been Dil Toh Pagal Hai if not for Karisma Kapoor.