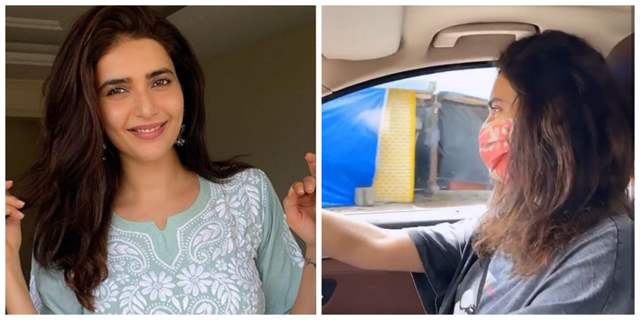 Karishma Tanna has entertained the audience over the years with her phenomenal performances. The Actress has been a part of several popular shows and films and was also in the Colors TV reality show Bigg Boss 8. Karishma is also currently seen as a contestant in Khatron ke Khiladi 10 where she is seen performing some challenging and difficult stunts.

Now, after four months of lockdown, the Actress has finally resumed shooting and is extremely excited for the same. She shared a video of her in the car on her Instagram account. In the video, Karishma is seen wearing a mask, taking all the precautions and being responsible. She captioned the video as, "Going for shoot after 4 months. Uff Yeh lockdown."

The entertainment industry is finally back to resume it's shoots and air fresh episodes for the viewers. The makers have been trying their best to deliver some exciting twists and turns for the audience, increasing the drama and entertainment quotient amongst the fans.

After Karishma Tanna, Siddharth Nigam gets Injured while Working Out!

Karishma Tanna: Our beautiful mornings should start with a healthy ...

The Bhatts were involved throughout: Ankit Tiwari on his ...
20 minutes ago