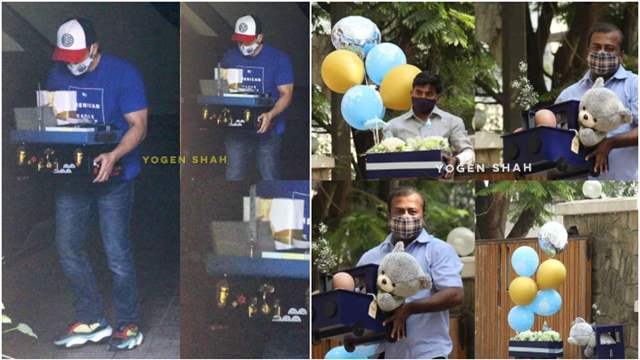 The arrival of Kareena Kapoor Khan and Saif Ali Khan’s second baby has overwhelmed the fans and their family members. The mother-son duo were spotted leaving Mumbai’s Breach Candy hospital on Tuesday (February 23, 2021) after being discharged.

Now, ahead of the newborn baby’s naming ceremony balloons and gifts have been pouring in from all asides. A few pictures of the gifts and balloons have made it to social space as one of them featured Kunal Kemmu handling all the gifts that are coming in.

Meanwhile, it is also being reported that Sara Ali Khan and Soha Alia Khan are also said to be inside the house.

Owing to the current coronavirus situation, the ceremony is likely to see a limited number of guests which will only include close family members. Recently after Bebo’s discharge, paparazzi spotted her sister Karisma Kapoor arriving at the actress’ residence to meet the newborn baby, and to check up on her sister. Apart from that, Saif Ali Khan’s sister Soha Ali Khan and her husband Kunal Kemmu were also clicked as they arrived at Bebo’s residence.