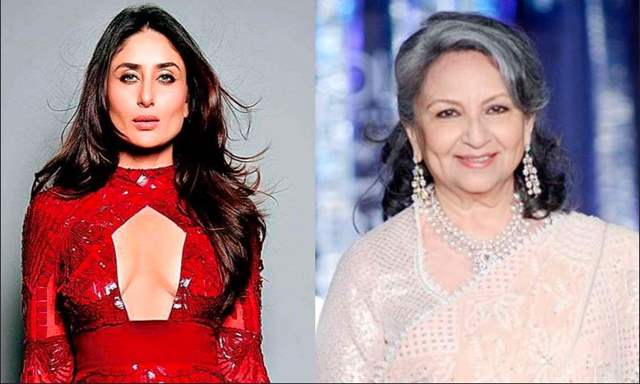 Actor Sharmila Tagore is an absolute legend of the entertainment industry having spanned a career of multiple decades now. However, in the past decade specifically, the actor hasn't been a part of any film where her last role in a film continues to be in Break Ke Baad  back in 2010. In a recent interview with ETimes, Tagore went on to talk about the prospect of returning to films and also about her daughter-in-law, Kareena Kapoor Khan.

She said, “I might work but not till the third wave is over. I have given up a couple of films because I have some comorbidities and my doctors wouldn’t let me work. Though I got some very tempting offers, I said no to them. I also told them if you wait then I will do it early next year.”

She did however mentioned that she is very excited to work in the OTT space, “I want to work in the OTT space. You feel that flexibility; everybody our age is watching them at home and going to the theatre is only for the film buffs and the young people. Of course watching a film in a theatre has got a different feeling altogether and I am not rubbishing it at all.”

Not able to stop gushing about her daughter-in-law Kapoor Khan, she said, “I am so fond of her. What is so wonderful about her is that she is so calm. I have seen her interact with her staff, her hairdresser and designer. I would sometimes snap at my hairdresser if we were being summoned and I would say zara jaldi karo, but not Kareena. She is very patient and I love that about Kareena. Her presence calms me. She doesn't compare herself with anybody. She does her own thing. I am very happy that she is my daughter-in-law. She says, ‘I am like your daughter’. I say, ‘Yes you are’.”

Indeed it is amazing to see the love and respect that Tagore has for Kapoor Khan.