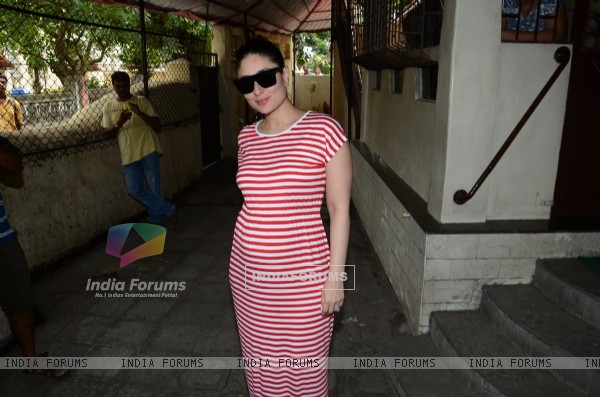 Amid speculation that she might skip the fashion gala due to her pregnancy, a well placed source, who did not wish to be named, told IANS that Kareena, who endorses the event's title sponsor Lakme, will be seen on the ramp.

The actress has already been uninhibited about flaunting her baby bump at public appearances.

At an event on Monday itself, Kareena made it clear to the media that she "will definitely go on" with her "normal life".

"I am a working woman and there is absolutely nothing wrong in that. I love my job and I'm passionate about my work," the actress, who is considered a fashion icon too, had said.

The baby bump will not be new to the LFW ramp as popular model Carol Gracias had in the last edition earlier this year flaunted it with pride -- causing quite a flutter in fashion circuits. She was praised for breaking convention.

And Kareena, who is always known to be forthright in her ways, will continue to make the point that pregnancy does not hinder a woman's career.