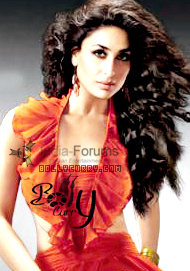 that she is a talented and versatile actress. Now, after tons of discussions the officials of Madame Tussaud's have come at an conclusion that Kareena Kapoor's double at the Madame Tussaud's will sport her look from the film Chameli.
She is the second Indian Actress after Aishwarya Rai Bachchan to be waxed and sixth Bollywood Celebrity - after Ash, Salman, Hrithik, Amitabh and Shahrukh Khan.
For Bebo's statue which is going to be immortalized at the museum for all eternity, various roles were discussed. But her 'Chameli' avatar got the maximum number of votes. It worked perfectly as the museum authorities wanted Kareena to sport an Indian attire to be showcased at the Western platform.
Kareena's look in the film was designed by Manish Malhotra and was researched by executive producer Ragita Nandy who spent hours on the streets to give Kareena the perfect look for a sex worker.
According to the sources, Kareena will fly to London at some point in October to disclose her statue - the measurments for which have already been taken! It is also believed that fashionista Manish Malhotra has been assigned the task of re-designing Kareena as Chameli.
Bebo fans - time to celebrate?

Aditya Chopra Pens a Heartfelt Note on '50 years of Yash Raj ...
4 minutes ago