View Profile
Recently, BollyCurry brought you news of Kareena Kapoor being all set to join the high ranks of celebrities at the pres 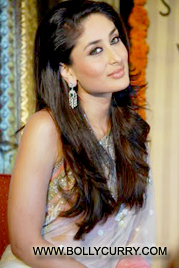 tigious Madame Tussauds museum in London. Curiously, it now seems that Kareena won't exactly be seen amongst the world selects.
For the record, ever since it came to light that Madame Tussauds was looking for a Bollywood heroine to succeed Aishwarya Rai's statue at the famous wax museum, an expected tussle among rival Bollywood divas was triggered, where Kareena eventually emerged victorious. However, after getting impression that visitors will see her waxed figure in her much-acclaimed Chameli avatar, it was rather disturbingly revealed to the actress, that she was in fact to be placed in a small town branch called Blackpool, 200 miles from London.
Meanwhile, avoiding controversy and in their defense, Madame Tussauds has clarified that all the statues of the Bollywood stars will be going on a tour across the world, including some locations in the US, as part of a new exhibition.
So far the museum holds wax figures of Amitabh Bachchan, Shahrukh Khan, Aishwariya Rai and Hrithik Roshan.
We wonder what Bebo has to say of this - if anything!
Editors: Hershi & Naseem
Graphics: Pooji
9 Likes

Sushant Singh Rajput fans start a petition to get his wax statue at ...