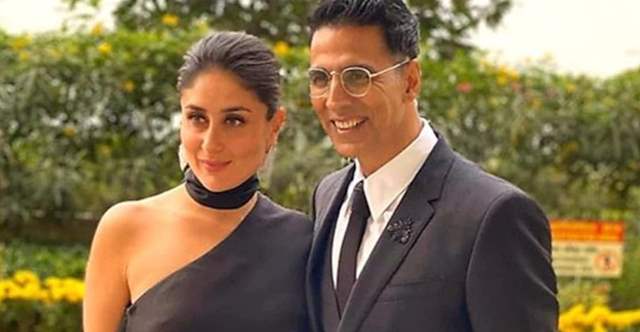 Actress Kareena Kapoor Khan has a special message for Khiladi Kumar on his birthday today. Akshay Kumar is celebrating his 55th birthday today on September 9 2022. The actor has spent more than half of his lifetime in the world of cinema and is undoubtedly one of the most bankable stars in showbiz.

On his birthday Kareena took to her social media account and penned a special note with a quirky picture of the two.

"Happy Birthday Akshay..you are and always will be my most favourite co-star (cause I get to pack up at 3pm) Love you tons..have a fantastic one."

For the unaware, Akshay and Kareena have acted in quite a few films together, even if it's doing a cameo in each other's films. The two have shared screen space in Ajnabee, Bewafaa, Dosti, Kambakkht Ishq, Gabbar is Back, Aitraaz, Rowdy Rathore, and Good Newwz. Their on-screen pairing has always been a hit and we can't wait to see these two powerhouse performers share space on the big screens again. 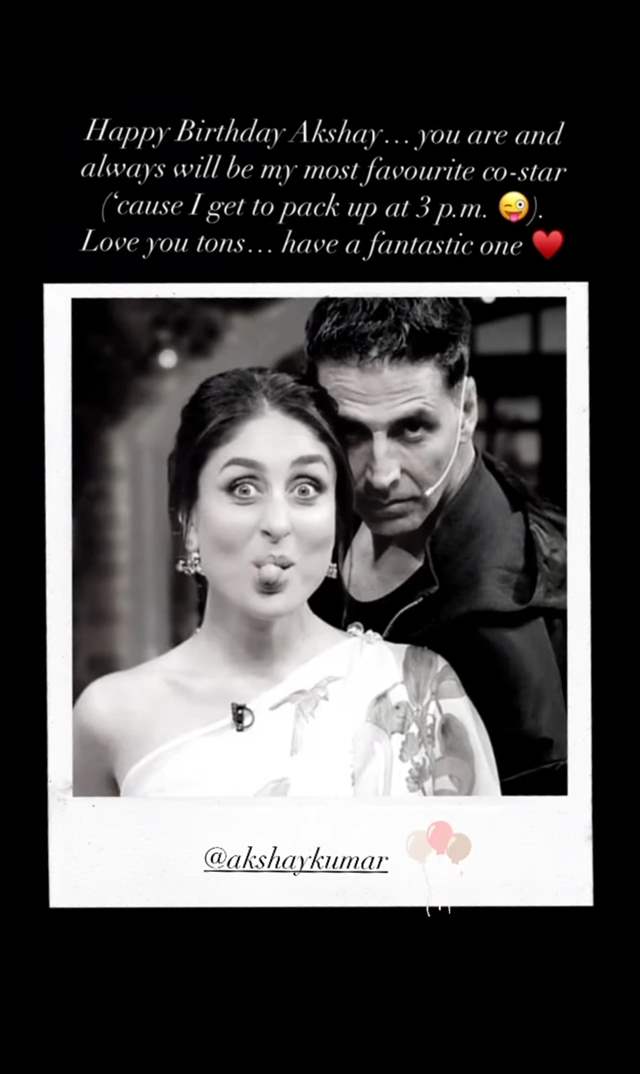 On the film front, Kareena will next be seen in Devotion of Suspect X which will be releasing online. The film also stars Vijay Varma and Jaideep Ahlawat. Kareena has also teamed up with Hansal Mehta for his next film which is expected to go on floors by the end of this year.

Akshay on the other hand has a series of projects in his pipeline including Selfie with Emraan Hashmi and Bade Miyan Chote Miyan with Tiger Shroff.