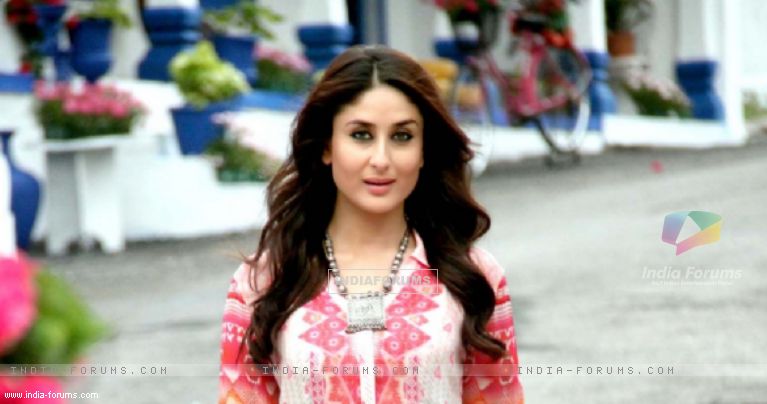 Actress Kareena Kapoor has reportedly turned down an offer to judge a forthcoming dance reality TV show "Nach Baliye 7", saying she has no plans to venture into the small screen.

According to sources from the makers of "Nach Baliye", its producer Ekta Kapoor is on a lookout for the fourth judge for the show. And she had her eyes on glamorous "Heroine" Kareena.

"Kareena's team got back saying that currently she wants to focus on films and she doesn't want to do TV at this point of time in her career," said a source.

Earlier there were also talks that Kapoor was planning to zero in on Vidya Balan to complete a quartet of judges on the reality show.

Meanwhile, author Chetan Bhagat has already been signed for the Star Plus show, which will go on air in May.

Her sister Karisma has judged the show in the past, and Kareena made an appearance on the reality TV show to promote her film back then.

On the professional front, Kareena is prepping up for Salman Khan starrer "Bajrangi Bhaijaan" and Abhishek Chaubey's "Udta Punjab".

+ 3
9 years ago i am sure dangerous ishq is going to b a good movie.. welcome carismatic karisma

9 years ago superhit 90 actresses like manisha koirala, tabu , sonali bendre , raveena tondon, mahima choudhary , juhi chawla , sridevi should b back too!!!!!!
they were much more better than today's actresses . xcept sme actresses of todays bollywood industry , al other r of no use , they just do skin shows , bold acts and nothing else.
hope to these beautiful n talented actresses to b back soon!!!!!!!!
ofcouse dey were always present bw us through their talent . songs , films n other activies bt want their new films too !!!!!!
al d karishma , i knw ul rock!!!!!!!

9 years ago one of my all time fave heroines, grown up watching her cant wait to see her again!!

9 years ago you are the best
glad that you came back
:)

+ 2
9 years ago It is really a wonder to me how you maintain yourself so well after giving birth to two babies! Hats off to your dedication to maintain your beauty & health. Really you are still looking simply gorgeous!

+ 5
9 years ago One stunnin woman I always watched on screen and didnt give it a miss
sadly her marriage didnt work. At least 9yrs she tried to..

9 years ago Whatever she does she may not shine anymore...
she had her time..yes she is a fabulous actor, but we got a lot of actress now.. and more importantly nowadays all the actors including (salman, sharukh, amir, saif, sunny, bobby, and so on) only work with younger female actresses... You can see maybe 1-4 movies where all the big/small male actors that work or want to work with older(33+ actress)...
that is my point of view... she worked in *Mere Jeevan Saathi* that was like 3years ago.. so it tells us that she wont be as successful as she was in 90s..

+ 3
9 years ago @biba LOL! those who can tell can;t help it, no one in this generation is good. the only good ones Konkona, Vidya and tabu hardly get roles and the plastics are all over the place.