Sony's Dance Premier League, produced by Cineyug Entertainment which will be launched in the month of October has already topped the headlines, and here is Telly Buzz providing the latest on the show. 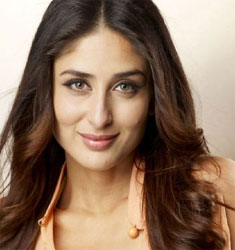 Featured Video
The auditions for the show are on full swing, and it is heard that popular Bollywood celebrities will be making their presence felt in the auditions of various zones and will play a big role in the selection process.

According to our source, "In total, there will be Six Zones – North, South, East, West, Central and the sixth zone will represent the NRI group. Every zone will have six members, and there will be no elimination process involved in the show. The zones will be rewarded with points based on their merit, and of these, four teams will move to the Semifinal stage which will be followed by a Grand Finale".

"The very popular Kareena Kapoor will be seen judging the final audition process at Delhi on September 9th. The production house has approached many big Bollywood names, and is at the moment waiting for their confirmation", adds our source.

Confirming this news, Mohammad Morani of Cineyug states, "Kareena will be present on September 9th at Delhi to select the final contestants. We are expecting to rope in many more celebrities at all the audition centers".

We had earlier reported that the Dancing Divas, Madhuri Dixit and Aishwarya Rai Bachchan have been approached to judge the show that will run for three long months. However, the latest on this is that, "Aishwarya will not be judging the show mostly, as she has problems with her dates. Madhuri is very eager to do the show, and has almost confirmed her availability. Sara Khan and Eijaz Khan have been finalized as hosts of the show. Above all, Shiamak Dawar will be seen as the Task Master who will set the difficulty levels for participants".

+ 2
13 years ago aww no wonder Ash was never part of any reality how..but i wish to see her judging atleast one show.

+ 4
13 years ago wow! soo looking forward to this show! kareena is awesome! and omg... madhuri and shaimak together.. woot!!

13 years ago cant wait for this show it looking so gud.

+ 5
13 years ago No!!!! I wanna see Ash on this! But she's definitely busy shooting three films at once! I really wish she had one this b/c it's been a longtime since I've seen Ash and Mads in the same frame! Love them both!!!

+ 6
13 years ago Wd have loved to see Mads and Ash in one stage..nways eager to see Mads & Shiamak sharing the judges seats...ofcourse Eijoo back again on screens too..totall entertainment wd be sure if it is coming all true..thx