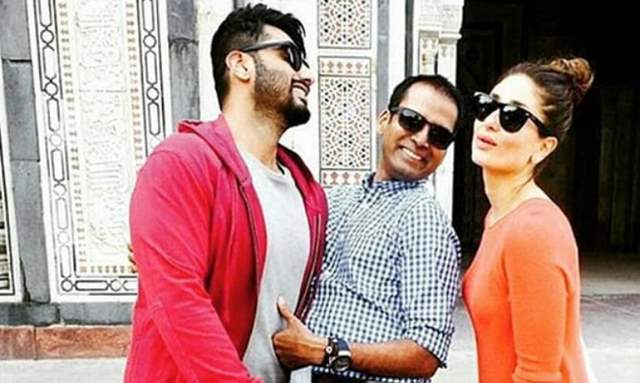 Kareena Kapoor Khan and Arjun Kapoor’s 2016 romance-drama ‘Ki & Ka’ clocked five years today and the on-screen duo has demanded a sequel for their famous film. Kareena joined the wishlist as Arjun shared a picture of him holding a Mangalsutra and revealed that it was a piece of memorabilia from the film.

Taking to her Instagram post, Kareena shared a picture of herself with her co-star Arjun and director R. Balki. She also revealed her son Taimur Ali Khan’s connection to the film and said that he was was conceived after the film was released.

“A film I thoroughly enjoyed, a film quite bold, a film after which Tim was conceived, a film that must be made into a sequel... only cause I want to work with @arjunkapoor and Balki once again... Arjun don’t worry, I will continue to say chappal laooooo #5YearsOfKiAndKa,” Kareena Kapoor Khan wrote in her latest Instagram post.

Meanwhile, Arjun in the Instagram post talked about signing Ki and Ka as a tribute to his mother, the late Mona Shourie Kapoor. “A piece of memorabilia from ki & ka !!! Missing the set and missing the on screen Ki... this film was personal as I chose it for my mom and it’s now even more personal after working with Bebo and Balki sir... I think we need a sequel what say @kareenakapoorkhan? #5YearsOfKiandKa,” he wrote.

Meanwhile, on the work front, Kareena recent concluded her sabbatical within a few days of welcoming her second son with husband Saif Ali Khan. She resumed shoots for her upcoming projects and she will be seen starring with Aamir Khan in Laal Singh Chadha.

On the other hand, Arjun has a number of films in his kitty, including Pavan Kirpalani’s horror-comedy Bhoot Police, Kaashvie Nair’s cross-border love story Sardar Ka Grandson and Mohit Suri’s Ek Villain Returns.