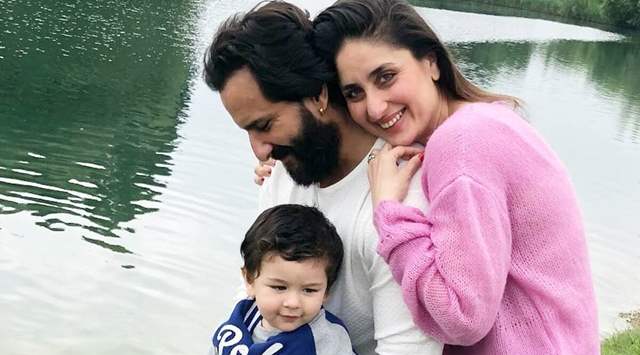 Actor Kareena Kapoor Khan is an absolute trailblazer. Not only is she now a mother of two children now but she continues to be one of the topmost stars even today. Even right now, post the birth of her second child, she has resumed work almost instantly and was seen in a couple of commercials as well.

But the actor has also not shied away from talking about several instances that usually celebs don't talk about and recently she did the same. She opened up on her pregnancy days during the launch of her book with her BFF Karan Johar. During their conversation, Kapoor Khan revealed that she had lost her sex drive during pregnancy and that Saif Ali Khan was understanding and supportive during those days.

Talking about it, Khan revealed during pregnancy a woman goes through a lot of mood swings and emotions. The actor stated that some days, she would feel amazing and sexy about herself. Even Ali Khan would tell her she is looking beautiful. But she added that there were also days, especially after six-seven months where she felt exhausted. According to her, you are in a state where you don’t know what to think. She added that it is very important to have a supportive man who does not pressure his wife to look beautiful or expect their regular sex life to be super active.

Kapoor Khan also went on to say that during pregnancy, a woman’s feelings should take precedence over everything else. It has to be according to what the woman feels and what she is feeling at that minute. According to her, if your husband doesn’t understand that, then how can he be the father of your child? He has to love you in every form.

On the workfront, Kapoor Khan will soon be seen in Laal Singh Chadha opposite Aamir Khan.

ALSO READ: Kareena Kapoor shares a new picture of her babies - Taimur and Jeh; calls them her ‘Strength, Pride… World’!

+ 3
2 months ago No but who asked? Who wants to know? I mean even if I'm someone's die-hard fan, I'd not like to know about his or her sex drive during whatever time.There is no big deal about not being shied away. No one sane talks about things like this. It's rather cheap display of your personal affair which people with at least a bit of dignity don't flaunt around.& "he was understanding?" So was he supposed to.. ah! Anyway.

+ 4
2 months ago She has really gone off her mind. Let down so much with her repeated cheap talks

Mangs1303 2 months ago Lawd, shut up already. You aren't the first woman to get pregnant, or have a book ghostwritten, nor is there a single new thing said so far (though I concede that's true for many, many books). Best that can be said is maybe celebrity-crazy people or Kareena fans might actually follow some of this yawn-inducing spiel.

2 months ago And why in the world, do I want to know about that. Using cheap gimmicks to sell a book. She is not the only woman on this planet to have popped out kids out of her system. All women have endocrine systems in their bodies which produce hormones that affect the mood and sexual desire. I have another breaking news for IF. Kareena Kapoor has salivary glands and her mouth produces saliva while eating food 🤣😅👏.

+ 3
2 months ago IF needs to have strict moderation system for these journalists who are more of blind fangals/fanboys.

2 months ago I cant believe its the headline of an article. Nobody is interested in her sexual drive for god sake🙄🙄🙄

+ 3
2 months ago And that's a news because? The level to which these people stoop to just to stay relevant is disgusting

2 months ago Who talks about their personal stuff? Why does she thinks we want to know about her and her husband bedroom life.