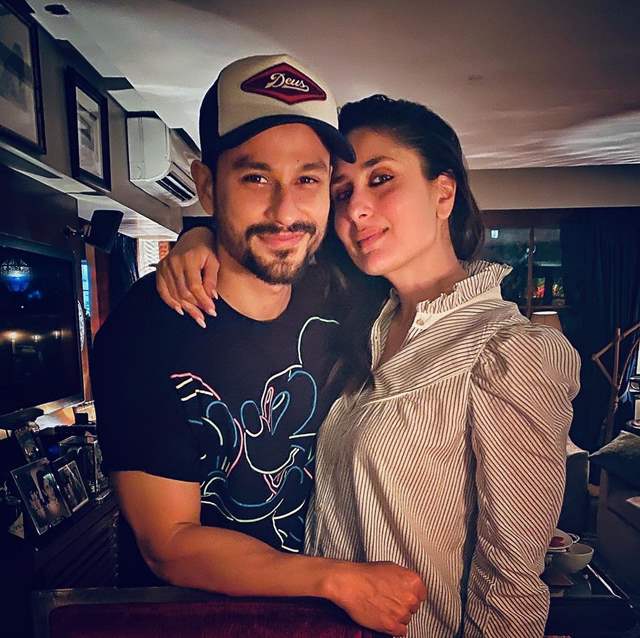 Saif Ali Khan and Kareena Kapoor Khan are touted to be one of the power-couples of B-town and just like any other married couple the duo too have their share of fights! And this has been revealed by none other than the Begum of Pataudi.

During her interaction with brother-in-law, Kunal Khemu for her show 'What Women Want', Bebo revealed that she and Saif too have their fights and that it is the Nawab of Pataudi who extends an olive branch first and apologizes to her.

On the chat show, Kareena asked her guest Kunal Kemmu who is the first one to apologize when he and wife Soha Ali Khan fight. Kunal quipped that the word ‘sorry’ is there in Soha’s dictionary but the page got torn and was reattached in the wrong place.

“Woh milta hi nahi hai, kabhi mil gaya toh aisa lagta hai ki mindblowing cheez ho gayi (It is hard to find that word in her dictionary; if she ever apologises, I feel like some mind-blowing thing has happened),” he laughed, adding that he is the first to apologise and make up.

Kareena revealed that in her relationship with Saif, he is always the first one to apologise. “I feel even Saif says sorry. He is the one who always says sorry also. I think men generally... probably, it is them doing the mistakes,” she said.

Kareena said that the men are usually the ones goofing up in the first place. “So it’s better to say sorry and end it and make peace. Otherwise, you can’t sleep,” she said.

Saif and Kareena fell in love on the sets of their film, Tashan, and got married on October 16, 2012. They have a son, Taimur, and she is expecting her second child with him. She is currently in the third trimester of her pregnancy.

Last year, as they celebrated their eighth wedding anniversary, Kareena made a joke about the secret to their happy marriage. “They both loved spaghetti and wine... and lived happily ever after. Now you guys know the key to a happy marriage,” she quipped in an Instagram post.