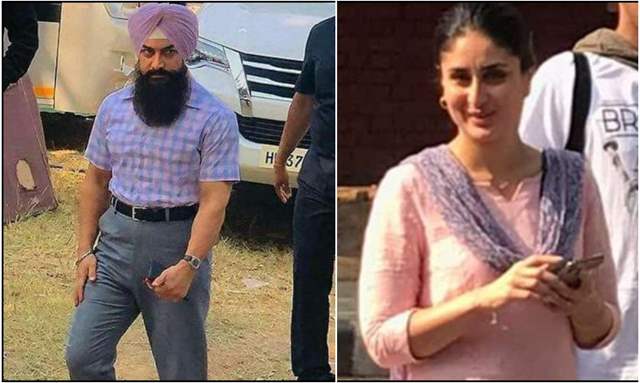 On Wednesday, several reports alleged that Kareena was expecting her second baby with husband Saif Ali Khan. Later on Thursday, the couple officially announced the good news, and everyone was left with the joyous moment. However, while the coronavirus continues to prevail, Bebo has already planned her next few months.

An ETimes reported quoted a source that informed, Kareena will be wrapping one of her upcoming projects. The actress has been shooting with Aamir Khan for ‘Laal Singh Chaddha’ when the lockdown was imposed and Bebo plans to wrap the shoot of the same in the coming months.

Meanwhile, the report stated that Aamir is in Turkey, scouting for locations, and Bebo is expected to join him in September-October to complete her portions.

‘Laal Singh Chaddha’ is a remake of Oscar-winning Hollywood film ‘Forrest Gump’ and is scheduled to hit the screens during Christmas 2021. And before she hits the sets, Bebo continues to shoot with her close team for her other professional commitments.

Previously, the upcoming film’s Ladakh shooting schedule was called off amid the rising tensions between India and China. Earlier, the shoot was put on hold due to the coronavirus scare.

Confirming the news of the second child Kareena and Saif in their official statement said, “We are very pleased to announce that we are expecting an addition to our family !!Thank you to all our well-wishers for all their love and support.” A thrilled Kunal Kemmu had told ETimes, “It is a lot of happiness and a lot of excitement. Can’t wait to welcome this new member in the family. Taimur and Inaaya get along so well and they now have a new member in their gang.”

After 3 Idiots, fans will get to see the pair of Aamir Khan and Kareena Kapoor once again in the film along with South superstar Vijay Setupathi, who will be seen in an important role in the film.

review
Review Shriya Pilgaonkar and Iqbal Khan steal the show away in the ...
19 minutes ago