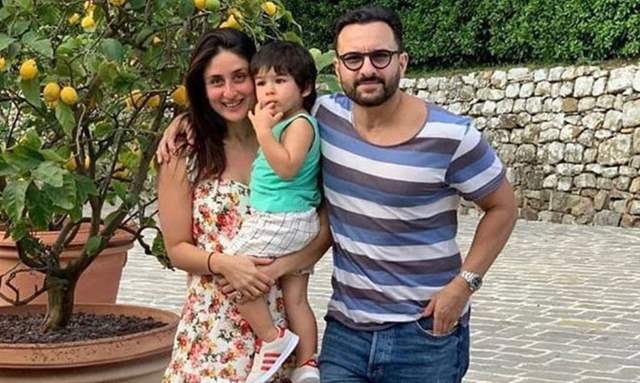 The festive season is just around the corner and Bollywood celebrities are already gearing up for a blast this Diwali. However, some of the most prominent icons have decided to keep their celebrations ‘low-key’ considering the Coronavirus situation in India and the sad demise of the influential figures of the industry.

During a recent interview with Times of India Kareena Kapoor Khan spilled the details about her and hubby Saif Ali Khan’s Diwali celebrations and added that their son Taimur will ring in the festival of lights in Dharamshala, away from the hustle and bustle of Mumbai.

Saif is shooting in Dharamshala for a film, and I have never been there, so Taimur and I will join him there. We are actually looking forward to setting out. It will be great to travel to the mountains and spend time in the open air and sunshine. It’s been a year where we had to be at home for a long duration. So, going to Dharamshala and being there for a few days will be great.

Saif who is shooting Dharamshala for his upcoming film Bhoot Police will reportedly join Kareena and Taimur. They reportedly plan to have a ‘very quiet’ Diwali celebration this year and how they would make the most of the scenic beauty around them.

We plan to keep it very quiet and spend as much time in the open as we can. It’s obviously not going to be a big Diwali, and I am very happy with that, I would rather have it small this year.

On the work front, Kareena Kapoor Khan is currently completing her work commitments. The actress was recently seen collaborating with sister Karisma Kapoor for a shoot and even shared a BTS video. On the other hand, Kareena will be next seen co-starring alongside Aamir Khan in Laal Singh Chaddha.

Kareena Kapoor Khan shares an Endearing picture of her ‘favourite ...