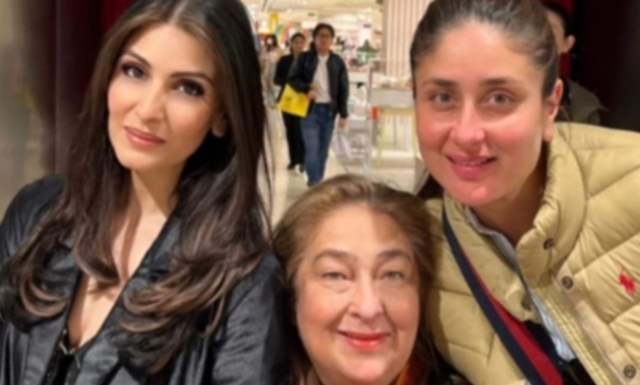 Looks like the B-town gang has went on a vacation in unison. Few days ago Bollywood filmmaker Karan Johar shared his vacay pictures with Alia Bhatt, Sara Ali Khan, Ranveer Singh from London. And now it's Bebo who shared an adorable picture from her vacay.

Actress Kareena Kapoor Khan, who is often seen treating fans with stunning pictures, is currently holidaying in London with her family. Every now and then, she has been sharing glimpses of her vacay on Instagram.

On Thursday, Ranbir's sister Riddhima Kapoor Sahni shared pictures on her handle as she also jetted off to London.

Riddhima shared an adorable picture with Kareena and Rima Jain. In the picture, Bebo is seen sporting a striped shirt with a winter jacket while Riddhima is seen wearing a black outfit. Their aunt is also seen wearing winter clothes. Kareena reposted Riddhima's picture with a GIF that read, "Love my family".

A few days ago Kareena had also shared pictures with mommy-to-be Alia Bhatt who is shooting for her Hollywood project in London. 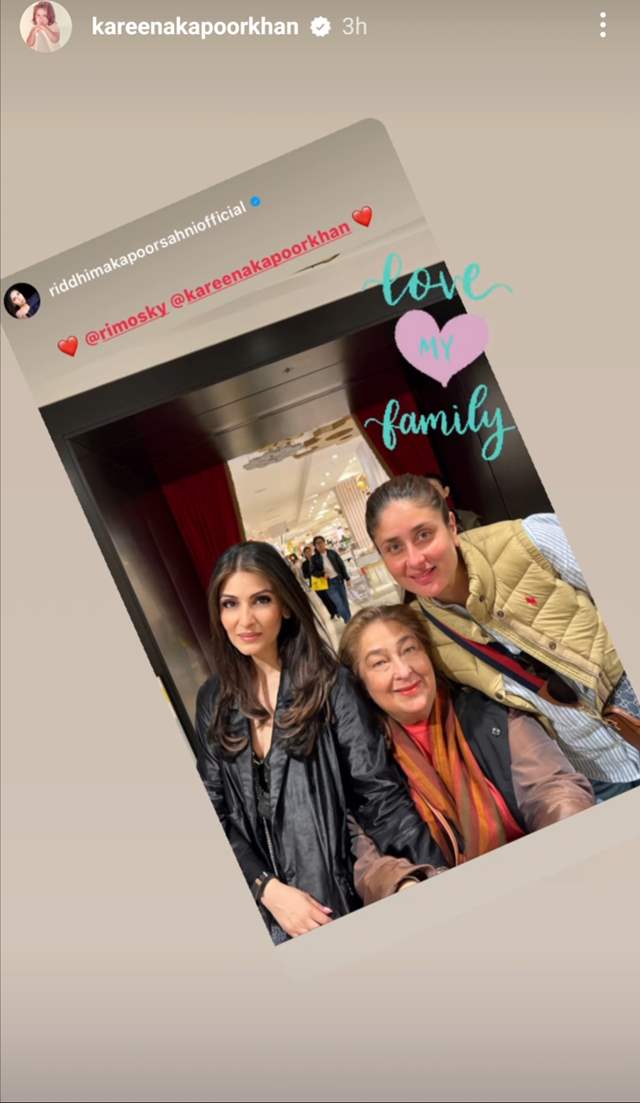 On the work front, Kareena will be soon seen in 'Laal Singh Chaddha' with Aamir Khan.

+ 14
3 months ago KJo, Aloo and Ranveer are too in London. And now Riddhima n Bebo!