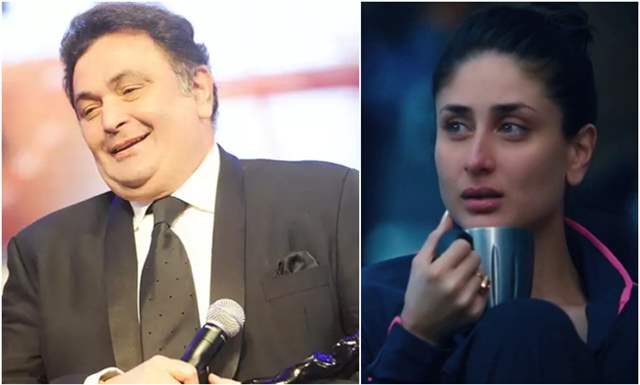 Rishi Kapoor’s sad demise was a big blow to the entire nation and Bollywood. Apart from being one of the most gifted actors of his time, Rishi was also known to be a family man and he cherished his time with his friends as well.

The actor held a special bond with niece Kareena Kapoor Khan. She recently featured on the latest cover of Filmfare wherein she spoke about her beloved uncle Chintuji and how the family dealt with his sad demise. She also spoke about hubby Saif Ali Khan’s equation with the late actor.

It’s been a terrible tragedy. Like me, Chintu uncle was a Virgo. He too believed in saying things as they were. If he loved your performance, he’d tell you so. If he hated your performance, he’d say he didn’t like it. Saif misses him a lot more because he connected with him on another level. They believed they were similar actors. Unfortunately, I never had the opportunity to work with him.

Rishi Kapoor left for heavenly abode on April 30, 2020, at the age of 67. The Bobby actor was diagnosed with Leukemia and he battled his ill-health for two years. Rishi was was in the US for more than a year for the treatment along with his wife Neetu Kapoor.

After his demise, Kareena Kapoor and Karisma Kapoor posted heartfelt notes on Instagram to wish their uncle Rishi Kapoor goodbye.

Kareena posted a throwback picture of Rishi Kapoor with her father Randhir Kapoor. Her caption read, "The best boys I know... Papa and Chintu uncle"