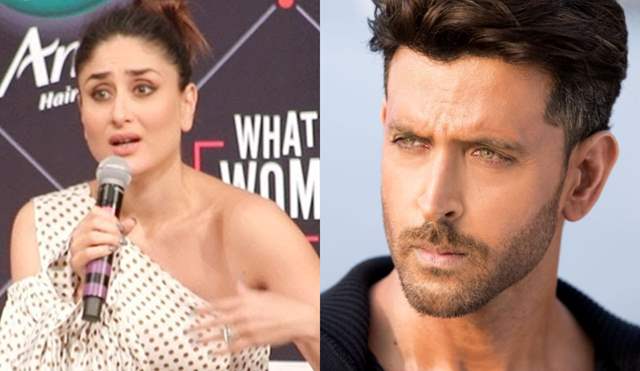 Bollywood actress, Kareena Kapoor Khan has managed to carve her niche in the Hindi film industry. Bebo has had a long illustrious career of over 20 years in films and continues to win the hearts of her fans with her acting performances. The actress started her acting career at the young age of 20.

And, is a well-known actor and star today. Kareena Kapoor Khan made her Bollywood debut in 2000. But, she starred opposite Abhishek Bachchan in Refugee. Did you know Kareena had lost the film Kaho Naa Pyaar Hai to Ameesha Patel?

At the age of 17, Kareena dropped out of college and joined the Kishore Namit Kapoor Acting Institute. While training as an actor, Kapoor was cast as the lead in filmmaker-producer Rakesh Roshan’s 2000 film Kaho Naa... Pyaar Hai. She was paired opposite Rakesh Roshan’s son Hrithik Roshan.

Days after shooting for the movie, Kareena abandoned the project. The actress later explained the reason behind her sudden exit. She mentioned she quit the movie because she had not benefited by doing the film as more importance was given to the director’s son.

Kareena Kapoor later made her acting debut in the film industry with the 2000 film Refugee. She starred opposite Abhishek Bachchan. However, a video published by Brut on Instagram stated that Kareena lost out on the role of the heroine to actress Ameesha Patel. The reason mentioned in the video for Kareena’s exit from the film was “due to a disagreement between Roshan and her mother (Babita)”.

The film Kaho Naa... Pyaar Hai was a hit at the box-office. While Refugee was a moderate box-office success, Kareena won the Filmfare Award for Best Female Debut for her stellar performance.

Meanwhile, today, Kareena Kapoor Khan is one of the highest-paid actors in Bollywood. She has delivered stellar performances in films like Jab We Met, Chameli and many others.

On the personal front, the actress is married to actor Saif Ali Khan. The couple is parents to two adorable boys. Kareena recently gave birth to her second son.