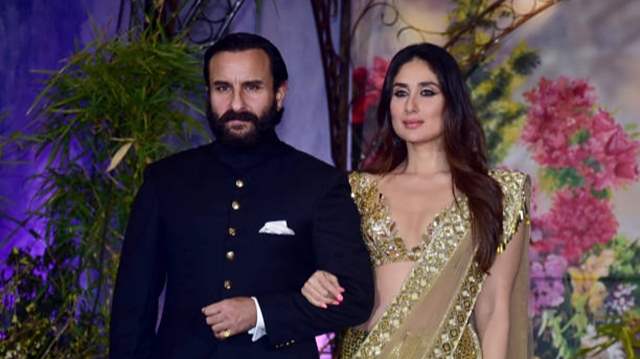 Each and every time Kareena drops a stunner on her social media with Saif, netizens, well and truly melt in awe and admiration.

Well, on the special occasion of their anniversary today, Bebo dropped a rare, throwback photo of herself and Saif from their ‘Greece Diaries’ and we are absolutely loving the visual delight.

Kareena Kapoor Khan and Saif Ali Khan have clocked nine years of their wedding today and to mark the special occasion, Bebo shared a priceless memory from her archives.

Back in 2008, the couple had headed to Greece for the shoot of ‘Tashan’ and had fallen in love on the sets of this entertainer.

Their offscreen romance is perfectly captured in this mushy moment clicked at a restaurant.

Bebo with a throwback picture from the film’s shoot and wrote,

"Once upon a time in Greece... there was a bowl of soup and US and it changed my life... Happy anniversary to the most handsome man in the world".

Previously, Saba had dedicated a post to her 'Bhai and Bhabs', capturing their wedding moments in a priceless video.

After a few years of togetherness and living-in, Saif Ali Khan and Kareena Kapoor tied the knot on October 16, 2012. Saif and Kareena turned parents to Taimur Ali Khan in December 2016 and in February this year, the couple welcomed their second son – Jeh Ali Khan.

His next film, Bunty Aur Babli 2, will release in theatres on November 19.

He also has Om Raut’s Adipurush with Prabhas and Kriti Sanon.

+ 3
1 months ago they've been together for 15 years now! wow, where does the time go? I still remember when he declared his love publicly for her after the media frenzy that was trying to figure out if the rumours were true