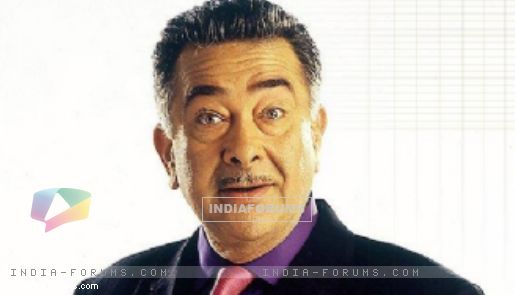 Randhir Kapoor, who is playing a grandpa in his forthcoming film "Super Nani", says his younger daughter and actress Kareena, who is married to actor-filmmaker Saif Ali Khan, is not planning to have children right now.

The 67-year-old's elder daughter and actress Karisma has two children and he said: "I am very proud of my two grandchildren and I visit them very often."

When asked about welcoming Kareena's children, he said: "She has told me that she does not want to have babies right now. I can't help it. Children from today's generation don't want advice from anybody. As long as Kareena is happy, I am happy too."

Meanwhile "Super Nani" will see Randhir teaming up with his yesteryear co-star Rekha after a long hiatus and says that they have always been good friends.

"I am working with her after 16 years. We have worked together in some 20 films (starting with 'Raampur Ka Lakshman' (1972)), and my relationship with her has been consistently very good, touchwood.

"People find her temperamental and moody, but with me she always has been even. She is one of my favourite actors, a very good human being, and an excellent friend."