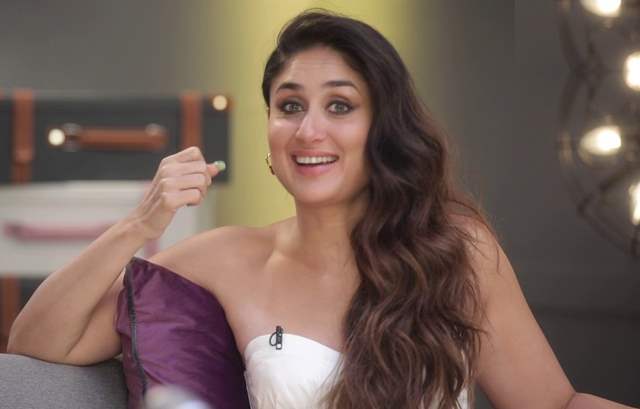 Kareena Kapoor Khan who is expecting her second baby with husband Saif Ali Khan is leaving no stone unturned to fulfill her work commitments. Soon after the nationwide lockdown was eased a little bit, she wrapped up the shooting of her next film, 'Laal Singh Chaddha', and then quickly jumped to start shooting for her radio chat show 'What Women Want season 3'.

Despite the novel coronavirus pandemic going on, Bebo has been spotted making appearances, both virtually and physically at different events and is also making sure to take proper precautions as and when she steps out of her house.

Time and again we snap Bebo making a fashion splash on the roads raising the maternity fashion quotient high.

This time, the Nawab family's bahu made her virtual appearance on Barkha Dutt’s digital live show The Global Town Hall. Not many know Bebo has been a rebellious child in her teens.

During the show when she was asked about what was the most rebellious thing she did as a child and was sent to boarding school. Bebo said,

I don’t know how politically correct it sounds. I was about 14-15 in my teens and I really liked this boy. My mother was upset about it being a single mother she said this is not gonna happen, so she used to lock those phones. So she used to put the dabba on it, take it inside the room and lock the room. So I obviously wanted to go out with my friends and meet this particular guy. So, mum had gone out for dinner. I managed to break the lock with a knife and broke the lock, went into the room, bashed the phone off, took the phone, made the plans and run away from the house.

Further, when asked about the boy, Kareena said,

He’s now also my mum’s very close friend. Can you believe it? My mom actually loves him now and that’s one thing I look at my mom and I am like, how, when why? We're all friends now. Saif also knows him so that’s kinda a happy ending to it.

On the work front, Kareena is all set for the release of her upcoming film 'Laal Singh Chaddha' where she will be seen in a lead role opposite Aamir Khan.