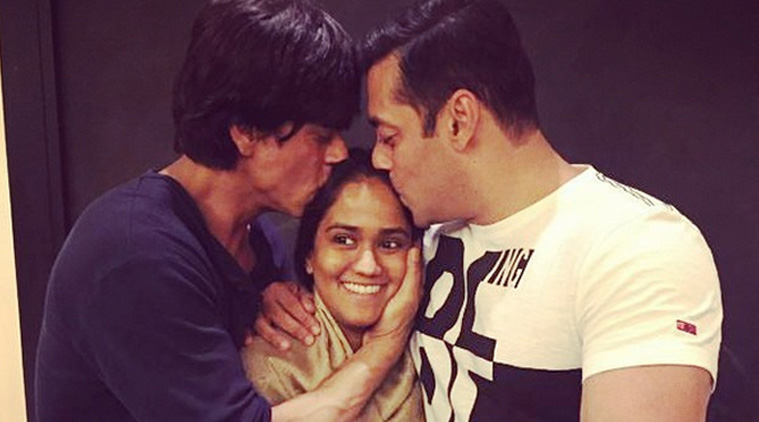 Social networking sites are abuzz about a recent picture posted by Arpita Khan. The picture represents yet another incident where the Khans have put behind the five year long animosity between them.

Shahrukh Khan and Salman Khan were seen showering their love and a blessing to the latter's soon to wed baby sister. Arpita Khan will be tying the knot with her long time beau Aayush Sharma on the 18th of November in a private ceremony in Hyderabad, which would be attended by Salman Khan's close friends and family from the film fraternity.

Talks suggest that the King Khan, dropped by the Salman's house at Galaxy Apartments to attend one of the pre-wedding celebrations of Arpita Khan, and the picture says the rest of the story. As much as Arpita looks happy in this picture, so will be the zillion fans of both these Khans of Bollywood, to see the happy union.

Salman Khan would be hosting a grand reception for his sister in Mumbai on the 21st of November.