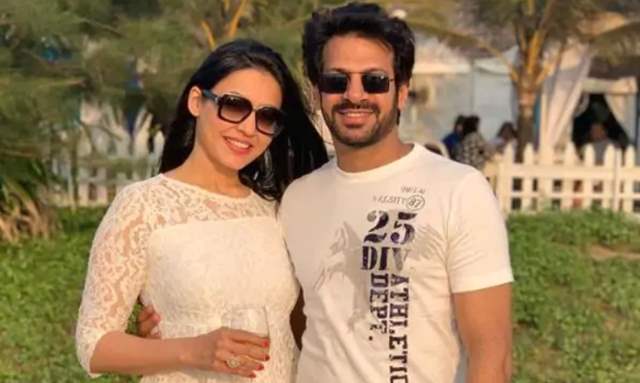 Karan Veer Mehra is all set to embrace new beginnings at the actor found love in a fellow artiste Nidhi V Seth and is all set to tie the knot with her on the 24th of this month in Delhi. The wedding will be a close ceremony and is to be held at a Gurdwara followed by a dinner with close friends. The actor revealed to The Times of India that they have only invited 30 guests to the wedding but will have a reception in Mumbai for friends.

Nidhi, his soon to be wife, also revealed how they had shortlisted a couple of dates, however, they did not want it to be in 2020 and hence decided to go for January instead of the date in December.

The duo met in 2008 during a commercial shoot and Karan added how they were not in touch at all post it but then met at a gym 3 years later. It was then that they got talking and when she expressed interest in working in his show and she was then part of the series a month later. He added how he found her focused, , persistent and charming. About falling in love with her, he adds that she completes him and he knows she feels the same about it as well. He said, '' We hardly say ‘I love you’ to each other, we always say, ‘I love us'.

Nidhi also mentioned how they connected very well and soon, they realized how they shared common interests and are alike. Meanwhile, Karan, who once thought he became disillusioned about love and marriage, says that change is the only constant and he can relate to Nidhi in so many ways. He said, ''Change is the only constant. Nidhi is someone I relate to in many ways. We come from humble backgrounds and are trying to make a living in the same field. We are Punjabis and very attached to our families. We love the same kind of food, are workaholics and fitness freaks. We do have our share of differences, but what’s most important is that we respect each other. It takes two to tango.''

We wish the two hearty congratulations for the new beginning ahead!