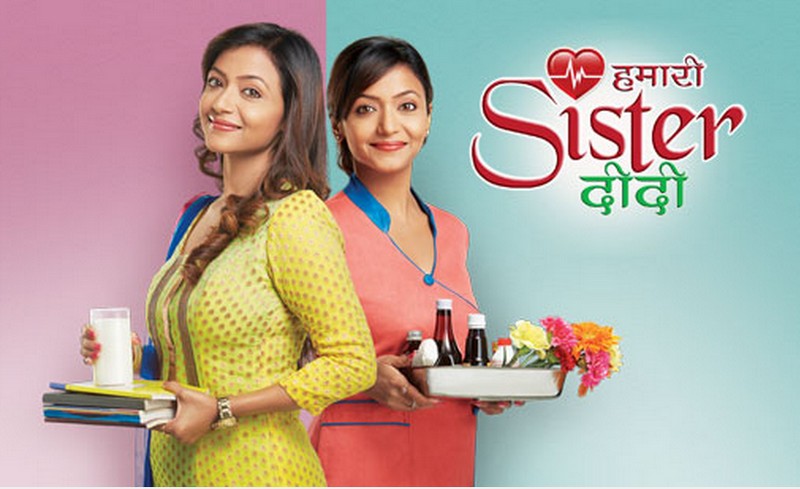 Sony Pal's Hamari Sister Didi has been loved by one and all for the story line and now the new entry that will spice up the drama even more. TellyBuzz had earlier reported about Alefia Kapadia entering the show as Aliya to take her revenge from Dr. Karan (Bhanu Uday).
Well, the next track update that TellyBuzz have managed to get for you guys is something that all of you much be waiting for. Some sparks of love will soon be seen in the show.
Our source cuts in, "Viewers till now have seen a lot of drama in the durgah where Aliya had planned to harm Dr. Karan. While Aliya was busy with with the planning, Amrita (Pariva Pranati) somehow gets to know about Karan's past and also that Aliya has come to the city just to take her revenge for what he did with her boyfriend. Well Karan, seeing that Amrita at the right moment comes and saves Karan. Now what will happen will make the audience more intrigued to the viewers. Karan has started developing feelings for Amrita and he sees her wherever and whenever he goes around. He speaks to him thinking Amrita is in front of him. Actually, he is just hallucinating about Amrita. On the other hand, Amrita is unaware of the feelings that Karan has for her."
Hmm... this is definitely going to be interesting. Now this has definitely let all of us curious that how will Amrita react when she gets to know the truth and will she ever accept his proposal, haina?
Keep reading this space for more updates on your favorite shows.
Upasana Patel

+ 4
9 years ago She was brilliant in The dirty picture .. Every emotion shown brilliantly .. She is truly the Best

9 years ago she deserves a national award best actress for dirty picture..
i cant explain her amazing performance..vidya..is the best actress at present..
she doesnt need to work with khans for films to become superhit..she is equal to the khans..
love u vids..a true actor...

9 years ago Vidya deserves every Best actress award for The Dirty Picture!!! Waiting for your upcoming films, Vidya.

9 years ago IN EVERY MOVIE OF HERS, VIDYA BALAN LEAVES A LASTING IMPRESSION ON THE CINEMA GOER!
#
There are very few actress's in bollywood who are as versatile as Vidya.
Vidya can just about play any and every kind of roles, from 'Paa' to 'Dirty Picture' to 'Ishqiya'!

+ 5
9 years ago cnt wait for it. dirty picture was awsme!!actress par excellence m sure she l sweep all d awards dis tym too!!

+ 2
9 years ago fabulous actress..!!..bollywood is so lucky to get a versatile actress like vidya...best one in bollywood right now who knows acting..proud of u..

+ 2
9 years ago She getz such off beat roles n she does full justice to them. Way to go gal!

+ 2
9 years ago Aftr Madhuri Dixit and Karishma Kapoor, U r the best actress tht bollywood has!!

+ 4
9 years ago Love both Vidya and Emran, both are beautiful actors who give life to their characters! Looking forward to this one! ;)