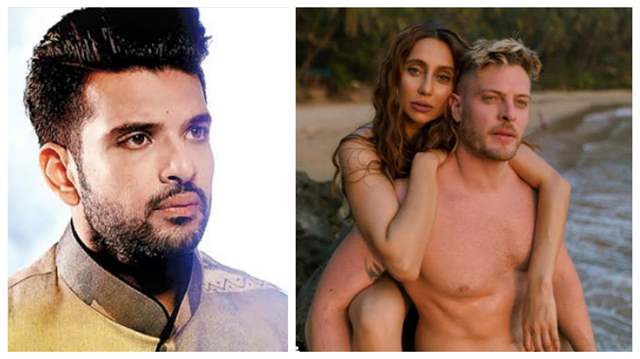 Probably one of the most shocking breakups in recent times have been that of actors Karan Kundrra and Anusha Dandekar. As we know, the couple shared a beauty relationship and were together for over three years. It seemed to many that they were meant to be. However, in a shocking turn of events, a while ago it was confirmed that they have broken up. However what followed this was all the more appalling. Dandekar went on to accuse Kundrra of cheating and even said some other bitter things which not many anticipated.

So far, Kundrra has been mum on it but he finally opened up about it on length in an interview with Bombay Times. He first said, “I have remained silent out of respect for the relationship and I would like to keep it that way. At this point, I am also thinking about two families. I, too, can turn around and say a lot of things, but that’s not me. What she shared was her perspective. Sometimes, I start laughing when I hear things. I don’t know what can make someone so hateful towards another person. We shared a beautiful relationship for three-and-a-half years. I have learnt a lot from Anusha, and I have a lot of respect for her and her family. How is it that these allegations are being levelled against me when there is a development on my professional front? Why hasn’t any other person, who I have been in a relationship with, ever accused me of something as serious as this?”

When asked them what was it that went wrong between them, he said, “According to me, we split up over a year ago. There are a lot of things to be considered in a relationship. As individuals, we all have different approaches towards life. We were madly in love and even sacrificed a lot for each other. We tried hard to work it out, but unfortunately, in vain. But, what matters is how you deal with problems. I am a non-confrontational person, and I don’t believe in belittling people or attacking their confidence. I prefer looking at the positive side of life and want to focus on my work."

Interestingly, only recently it was also out that Dandekar is another relationship now with actor Jason Shah. When asked if he has moved on, he said, “I am single. I don’t think I have recovered yet. My family, childhood best friends and friends in the city have tried their best to set me up with someone, but it’s hard to get into a relationship at the moment. Had it been 10 years ago, I would have immediately entered another relationship, but you mature with time. I am glad that I am back to being close to my family."

Further when asked if he's hurt by Dandekar's allegations, he said, “If I didn’t matter to her, she wouldn’t have done it. Anger is also an expression of love. When I see my reputation getting tarnished, and feel like presenting my side of the story, I realise that gusse mein bhi kahin na kahin pyaar hi hoga. I hope that one day when all of this anger is over, and we are not hurting anymore, we will talk about it. Just because I haven’t said anything, doesn’t mean that I am not affected. She may have moved on, but I have not."

+ 3
23 days ago Sometime what it's seems like it, it isn't like that. Talking from personal experience, sometimes one would tell the truth but the other person is so good with their manipulations that the world would think you truth is lie. So whatever really. Whoever is on truth side, may find peace.

24 days ago I really appreciate Karan. He showed he's not immature like Anusha and is graciously willing to forgive her. Anusha seems like a total brat tbh. Karan and Kritika were best together, I wish they get back together again

25 days ago Wow Karan what a dignified and hearty response, seriously hats off. A lot of things can go wrong in a relationship but as celebrities specially its really unfair to tarnish someone's professional image for personal scores. It takes hard work of yours to build and reach where you are, I am so proud of Karan for such a positive approach, way to go.

sanublr 25 days ago You took your time to speak and gave a very dignified and mature response. Even I wondered why these allegations and accusations arise moment you start something new ; first during Dating Aaj Kal and now YRKKH. The past is behind; the present seems to be settling down and wish you a great life ahead.

+ 3
25 days ago Very dignified response, Karan Kundra 👏 Rarely does a celebrity bear the pressure of a tarnished image and not rush to give clarifications and counter allegations. Found this quite a mature response. Whoever may be right in their relationship, that’s not my concern and totally their business. But I appreciate Karan’s dignified silence 👌