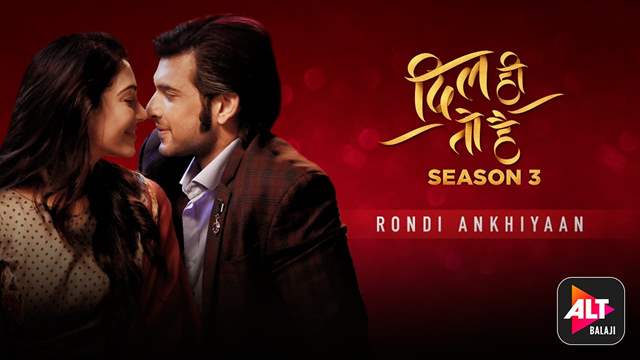 ALTBalaji's one of the most popular series Dil Hi Toh Hai is all set to come up with Season 4. The series revolves around the couple Ritwik and Palak on the ALTBalaji screen played by the dashing Karan Kundra and the beautiful Yogita Bihani. The previous seasons of the show were a massive success and the makers are all set for Season 4.

The whole team has started shooting. Karan Kundra has posted a status on his social media about the same.

Karan and Yogita’s fiery chemistry was the highlight of the show as Ritwik was a ruthless business tycoon and Palak on the other hand was a strong headed pharmacist who left no stone unturned in challenging him. In between their fights, they fell in love and viewers were in for a treat to watch them as a young married couple.

A4Anjie 12 days ago In last two seasons, I could not digest funda of family pushing palak to that man (even though they know she is not ready for) for the sake of family and business??? Is she a car or other object? you can gift to some one who helped you??

columbia 13 days ago Have they even posted all episodes of season 3?? What a joke!!! Regurgitating bad shows instead of investing in good shows. Finally ALT B turned out to be an online platform for its yucky content on TV

Guneet80 13 days ago How many more seasons of an awful show? I'd rather watch haq se season 2