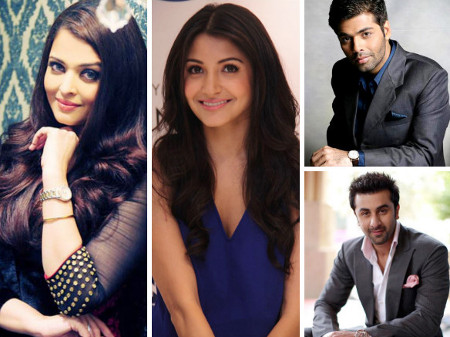 Karan Johar who is known for his romantic films will be directing a new film. The film is titled 'Ae Dil Hai Mushkil'. The cast of the film includes Ranbir Kapoor, Anushka Sharma and Aishwarya Rai and slated to release in Diwali 2016!

Karan used twitter to share this big news with the audience. He posted, "My next directorial film #Aedilhaimushkil starring Ranbir,Anushka and Aishwariya will release Diwali [email protected] @foxstarhindi"

The film will go on floor after Ranbir Kapoor completes Jagga Jasoos and Aishwarya Rai Bachchan is done with Jazbaa! The movie will be under the banner of Fox Star India and Dharma Productions.

There are rumours about Ajay Devgn's ambitious project 'Shivaay' to release on the same date as Ae Dil Hai Mushkil!

5 years ago Ranbir and Aishwarya together in a movie... Wow... Waiting eagerly for this... Hope it turns to be super duper...awesome..!!