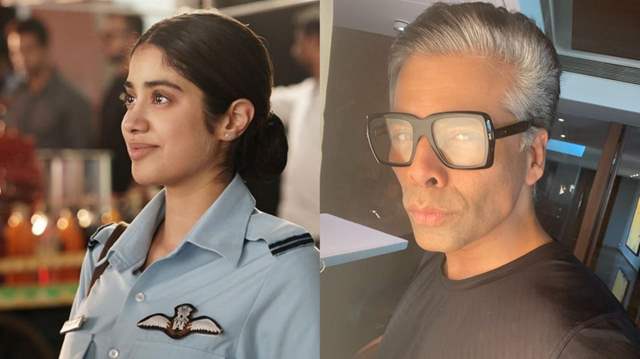 The film Gunjan Saxena: The Kargil Girl starring Janhvi Kapoor as the first female Indian Air Force pilot in combat attracted controversies ever since it's release.

The Indian Singers Rights Association (ISRA) has filed a suit against the production house and alleged that performances were commercially exploited in Gunjan Saxena: The Kargil Girl and they seek royalty.

According to a report in Bar And Bench, Delhi High Court has issued summons to Dharma Production on the suit filed by ISRA. The Singers Association alleged that the film has commercially utilised three performances - Ae Ji O Ji from the film Ram Lakhan, Choli Ke Peeche Kya Hai from the film Khalnayak and Saajan ji Ghar Aaye from the film Kuch Kuch Hota Hai. However, the defendant has refused the claims on the ground that the performances weren't "live" and "do not qualify for the payment of royalty."

Earlier, the Indian Air Force had raised an objection against the film for showing Air Force in a bad light. Gunjan Saxena: The Kargil Girl also stars Pankaj Tripathi and Angad Bedi in lead roles.