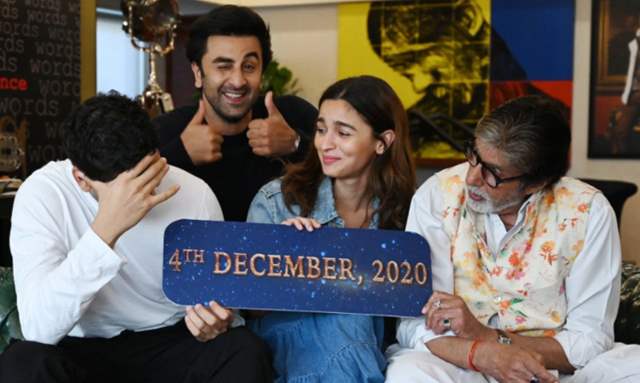 Considering the current situation, Ayan Mukerji’s Brahmastra, starring Ranbir Kapoor and Alia Bhatt, might be delayed for the release.

A Bollywood Hungama report states that the makers of Brahmastra are trying to curb costs while still making the release date of the film. With extending lockdowns the budgets of the film are escalating.

The report quoted a source saying, “Currently there are about 40 more days of shoot left, and given the lockdown situation, it does not look like the shoot will start any time soon. Given this delay so far the budget of Brahmastra has overshot by a wide margin. The movie is high on VFX and a major chunk of VFX is still pending which includes the stuff shot with Shah Rukh Khan at a studio in Mumbai, and the plot that unfolds in Manali and Varanasi.”

When prodded further the source sad that Karan is looking to re-work the economics of the film. The members of the film’s cast as well as director, viz. Ayan Mukherji, Ranbir Kapoor and Alia Bhatt, aware of the ground realities, have voluntarily decided to take a pay cut to make the project viable.

“In lieu of the diminished pay, Dharma Productions is contemplating offering them a profit share in the film’s success. However details of the same have not yet been worked out,” added the source.

This Independence Day, Dangal TV actors salute our ...
8 minutes ago

Karan Tacker & Saiyami Kher of 'Special Ops' Fame Open Up on ...
36 minutes ago

Shantanu Maheshwari On Bhagat Singh's Efforts Inspired Him ...
38 minutes ago