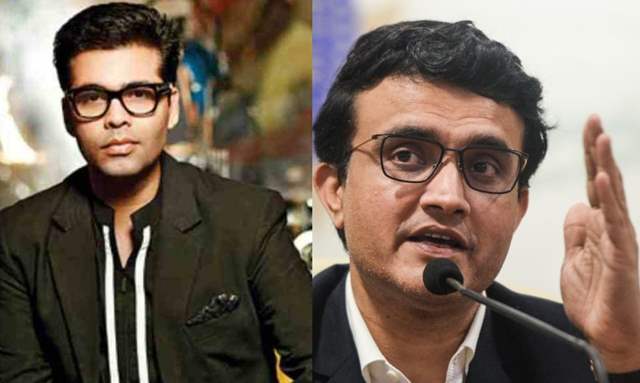 Sports biopics have been emerging rapidly in Bollywood. After Sachin Tendulkar and M.S Dhoni’s biopics, a film on the coveted 1983 Cricket World Cup, titled 83, starring Ranveer Singh as Kapil Dev is soon to hit the theatres.

And now as per a report in Mumbai Mirror, a biopic on former Indian skipper and current president of the Board of Control for Cricket in India (BCCI), Sourav Ganguly is on the cards. Reportedly, the biopic is to be helmed by filmmaker Karan Johar. The report adds that the duo has met a couple of times, and are hunting for a suitable actor to lead the biopic.

However, there has been no official confirmation about the project.

Earlier, when Sourav Ganguly was asked which actor he would like to see in his biopic, he had answered with Hrithik Roshan's name.

There were also reports of Ekta Kapoor helming the biopic on The Prince of Calcutta, Sourav Ganguly. When the cricketer was quizzed about the same, he had said in an earlier interview: "Is it, Ekta Kapoor? Then yes, she approached me and we talked about it once. Nothing went further than that. I have never thought of a biopic [on me] though there are a host of sports biopics being made. If there is time, then someone will make one on me. Hope people would be interested in seeing the film."

Ganguly also talked about the biopics that have been made in Bollywood so far. "I liked the MS Dhoni biopic, [M.S. Dhoni: The Untold Story]. Tendulkar’s biopic [Sachin A Billion Dreams] was a little different. Now we have a film on the 1983 World Cup-winning team. That will be huge and I will definitely watch it. As far as my biopic is concerned, we will wait and see” he said.

While we wait for the official confirmation, which actor would you like to see in the Sourav Ganguly Biopic?