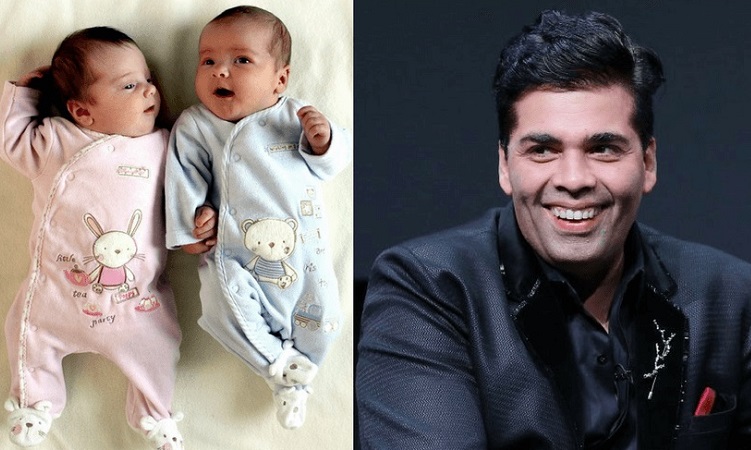 Karan Johar recently welcomed his twins, Yash K Johar and Roohi Johar through surrogacy and the filmmaker is on cloud nine after the arrival of his twins.

Even after being a single parent, Karan is fulfilling the duties of both, mother and father and while sharing his experience of parenthood during a book launch on Thursday, Karan said: "It is daunting, exhilarating and shocking in my case. It's just everything that I thought it would be and everything that's not. I still look at them and can't yet believe that they are mine.

He also quipped that his babies are the finest "Dharma productions".

"I am just blessed every morning by their presence. I always say that they are the finest Dharma productions, literally and otherwise," added KJo.

Talking about the challenges of parenthood in terms of nutrition, Karan said: "I am playing both mother and father in this dynamic, so I have a double role to play and for me, it's even more daunting. I have told myself that I am not going to be a hysterical, hyper parent because I see so many of them around me and specially leading actresses who become mothers."

Navina Bole all set to make her comeback post Pregnancy in ...
25 minutes ago

Jiya Shankar roped in to play the new lead in the second ...
37 minutes ago