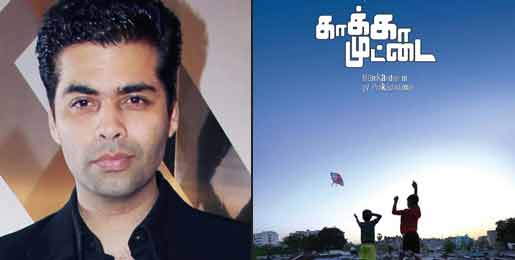 Filmmaker Karan Johar has raved about the National Award winning Tamil drama "Kaaka Muttai" and said that it has moved him.

"Kaaka Muttai is a gem of a film! Genuinely moved by it...Small film...with a huge heart! Congrats @foxstarhindi @dhanushkraja," Karan posted on his Twitter page on Monday.

Directed by M. Manikandan, the film chronicles the journey of two street urchins for their first bite of pizza.

The film, which was released on June 5, has raked in approximately Rs.3 crore in Tamil Nadu in its opening weekend in cinemas.