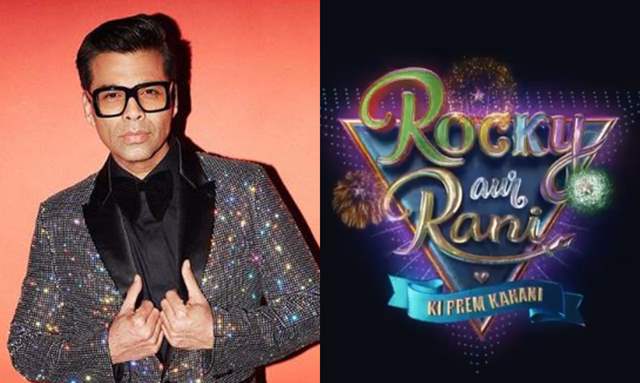 Karan Johar is all set to direct another film five years after Ae Dil Hai Mushkil. According to the recent announcement, made a few minutes earlier, the film will star Ranveer Singh and Alia Bhatt in the lead roles.

KJo took to his Twitter handle and shared the motion poster of his upcoming film Rocky Aur Rani Ki Prem Kahani and announced that he is thrilled to get behind the lens with his favourite people in front of it. Furthermore, he also shared a few details from his upcoming film.

“Thrilled to get behind the lens with my favourite people in front of it! Presenting Rocky Aur Rani Ki Prem Kahani, headlined by none other than Ranveer Singh and Alia Bhatt and written by Ishita Moitra, Shashank Khaitan & Sumit Roy,” wrote Karan Johar in a tweet on Tuesday.

Announcing the release date, he added, “This anokhi kahani is coming to your screens in 2022!”

Meanwhile, it is also being speculated that Shabana Azmi and Dharamendra will play Alia’s grandparents. On the other hand, Jaya Bachchan who has worked with Karan before in Kabhi Khushi Kabhi Gham and Kal Ho Na Ho plays Ranveer Singh’s grandmother.

Several reports suggest that Karan is looking forward to directing two of the most powerful actresses of Hindi cinema together for the first time. Jayaji and Shabanaji have some really intense scenes together.

As for Ranveer and Alia, they are excited to be together after Gully Boy.