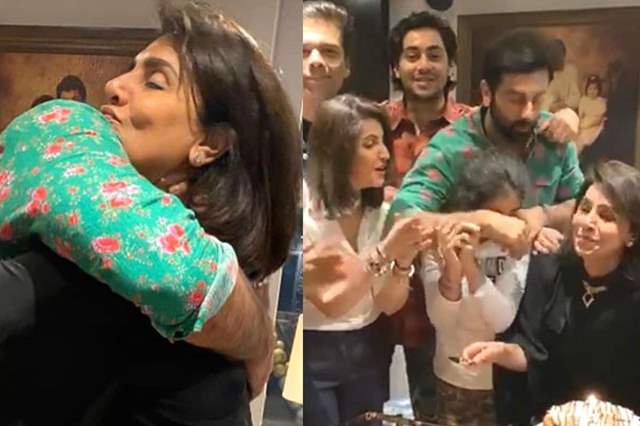 Filmmaker Karan Johar also joined the Kapoor's celebrations and pictures from the birthday bash are going viral on the Internet.

Neetu took to Instagram to share a few moments from her special day where Karan Johar, Ranbir Kapoor, Riddhima along with her daughter and other family members can be seen spending some fun time. In one picture, she can be seen hugging her dear son Ranbir.

She wrote alongside the post: "The richest are the ones with good relationships!! We all need love ,support strength from our loved ones always | feel the richest today."

Riddhima had also taken to Instagram to wish her dearest mother on her birthday.

Sharing pictures with Ranbir and mom Neetu, she wrote, “Happiest bday my Iron Lady I love you so much Ma.”

The Kapoor's lost the heart of their family, actor Rishi Kapoor, who succumbed to cancer on 30 April 2020. Meanwhile, the family has been coping up with the big loss.

Bollywood has lost a number of talents this year. While Rishi Kapoor and Irrfan Khan succumbed to cancer, young actor Sushant Singh Rajput died by suicide on June 14 2020.

Sushant's untimely demise has transpired a number of conspiracy theories and many questions have been raised on Bollywood biggies including Karan Johar, Salman Khan and others.

Bollywood choreographer Saroj Khan passed away this week after suffering a cardiac arrest. Veteran actor Jagdeep left for heavenly abode last night, on July 08 2020 at the age of 81.

Sonali Raut & Natasha Suri to be seen in MX Player's ...
48 minutes ago