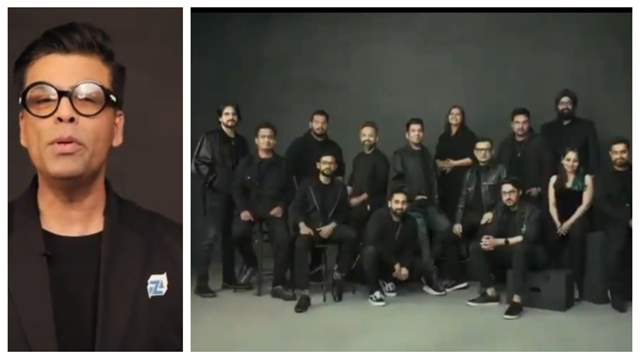 It has indeed been quite the revolution of sorts when it comes to filmmaking courtesy the digital platforms and the recent teaser of long lineup of films and shows that was released by Netflix only confirmed the same further. While 2020 did put a relative stop to several films and shows, it seems there's gonna be a bombardment of content all the more soon. With so many shows, films and unscripted originals coming on streaming services, an array of films with many filmmakers is being planned for the big screen as well.

Producer-director Karan Johar recently announced collaborating with 14 new directors who have exciting new projects and needless to say, they will see their work for Dharma Productions-

The list includes some already known names like Anand Tiwari, who created Bandish Bandits and Kayoze Irani, who played Kaizaad in Student of he Year.

This is exciting times indeed.