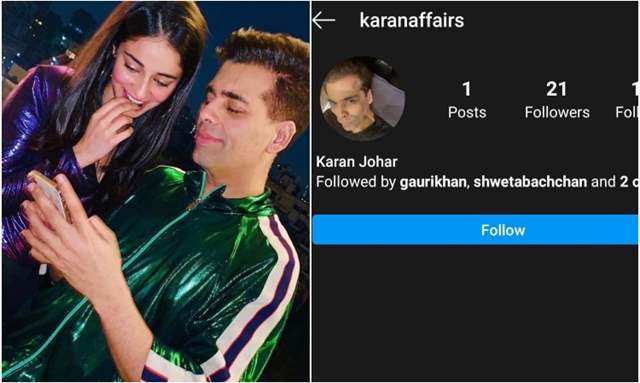 Dharma Productions head honcho and filmmaker Karan Johar has always been an avid social media user. KJo regularly shared pictures and updates on his Instagram account and his series with his kids Yash and Roohi ‘Lockdown with the Johars’ had also turned very popular on the platform.

Karan has a massive following of more than 10 million on his verified Instagram account. However, after the unfortunate and untimely demise of actor Sushant Singh Rajput, Karan Johar suddenly stopped using his social media and has not posted anything since last month. His last post on Instagram is for SSR where he penned a heartfelt note, blaming himself for not being in touch with the late actor.

Surprisingly, Karan Johar also has a private account apart from his verified account on Instagram. The account goes by the name ‘karanaffairs’ and also has the filmmaker’s picture as the display picture. What makes this account legit is that several Bollywood celebrities are following this account. Star kids Ananya Panday and Suhana Khan are following KJo’s private account. The account is also followed by Gauri Khan and Shweta Bachchan Nanda among others. 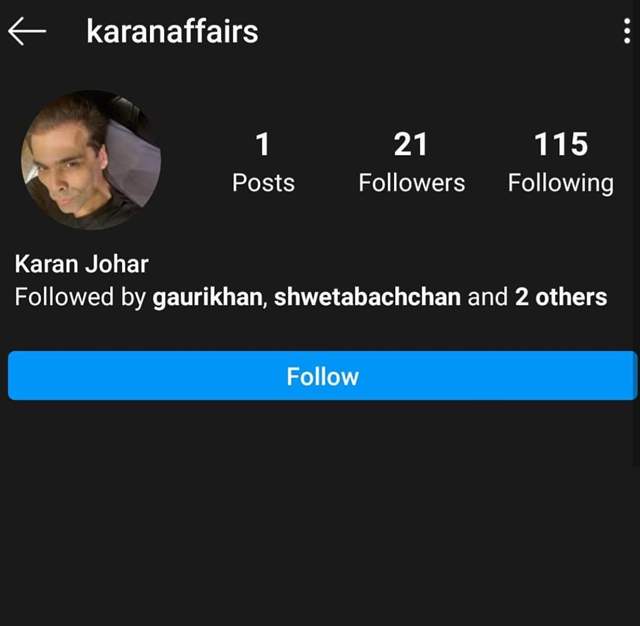 Post Sushant’s demise, Karan Johar along with other Bollywood celebrities like Alia Bhatt, Salman Khan came under the radar of the trolls, who accused them of neglecting and mocking Sushant, which may have pushed him to the edge of taking his own life.

Sushant Singh Rajput died by suicide on June 14 2020. The 34-year-old actor was found hanging at the Bandra residence in Mumbai. The Mumbai Police is investigating the matter closely and more than 30 people including Mukesh Chhabra, Rhea Chakraborty, Sanjay Leela Bhansali and others have been interrogated by the Police.

Sushant’s tragic step raised many questions on Bollywood’s work culture and Karan Johar became the target of the trolls for making comments against actors on his chat show ‘Koffee with Karan.’ Ever since the trolling started, KJo disappeared from the social limelight and kept a low profile. However, he was recently spotted at Neetu Kapoor’s birthday party.

ishan2003 26 days ago This is the biggest problem about media. If someone has a private account why not leave them - why publicise it to the whole public. It’s very irresponsible for India-Forums to be sharing this kind of news.

Hrithik Roshan's Emotional Post for Jadoo: "Some Friendships ...
23 minutes ago