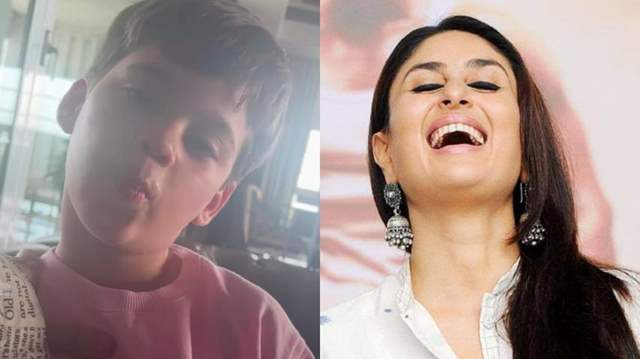 Those who know Karan Johar would also know that the renowned director often keeps sharing mushy videos on social media with his kids Yash and Roohi. Also, Kjo's favourite go-to pout pose for pictures is known by all.

However, Yash, Karan's 5-year-old kid, doesn't appear to be a huge fan of it right now. In a video that KJo posted, Yash can be seen criticising his father's well-known pout. To express what he dislikes about his "dadda," he even imitates him.

"I don't like dadda doing this kind of pose". KJo is heard bursting into laughter and he captioned the video as, “I have been pout shamed!!!!!”

Karan's post was flooded with reactions from friends and fans who took to the comments section and had a hearty laugh over it. It was Kareena Kapoor Khan's comment that caught our attention, she commented saying,

“Love you Yash only you can tell him ….well done beta”

It seems like the 3idiots actress was trying to explain Karan the same thing since a long time and now his son has finally told his father the same.

On the work front, Karan is awaiting the release of his next production 'JugJugg Jeeyo' that stars Varun Dhawan, Kiara Advani, Neetu Kapoor, Anil Kapoor, and others. He also has 'Govinda Naam Mera', 'Liger', 'Brahmastra', 'Yodha', 'Rocky Aur Rani Ki Prem Kahani', 'Dostana 2', and 'Bedhadak' in the pipeline. He is also returning with a brand new season of 'Koffee With Karan' that will air on OTT this year.